The non-partisan Government Accountability Office (GAO) is questioning Medicare’s authority to hand out $8.3 billion in bonuses to Medicare health care plans just before the election while delaying much larger cuts to the popular Medicare Advantage plans directed under the president’s new health care law. 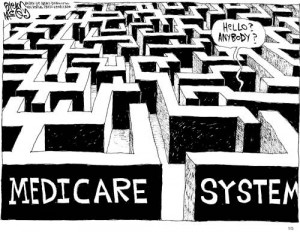 “The White House created this ‘bonus plan’ out of thin air to mask the massive cuts to seniors in their Medicare Advantage plans mandated under ObamaCare. The truth is that more than 90% of the cuts to Medicare will occur after the November election and the president is doing all he can to hide it,” said Texas Republican Kevin Brady, a senior member of the House Ways & Means Committee. “I’m glad this White House Medicare scam was exposed because I predict that due to ObamaCare many of our Texas seniors will eventually be forced out of their Medicare plans or will pay much higher prices to keep what they have.”

Brady confronted Health and Human Services Secretary Kathleen Sebelius about the bonus program and the future Medicare Advantage cuts in a recent congressional hearing. In a letter GAO General Counsel Lynn Gibson expressed serious concerns with the legal authority of this temporary Medicare scheme and the scheme’s sheer size.