The Weinstein Company (TWC), aided by the guidance and consultation from attorneys David Boies and Ted Olson, announced today that the MPAA has lowered the R rating, given for some language, for BULLY to a PG-13 in time for the film’s April 13th expansion to 55 markets. The scene that has been at the forefront of the battle with the MPAA, the intense scene in the film that shows teen Alex Libby being bullied and harassed on a bus, has been left fully intact and unedited. BULLY director Lee Hirsch felt editing the scene was not an option, and subsequently refused to do so, since it is too important to the truth and integrity behind the film. Also a victory is the exception the MPAA made by allowing the film to be released with the new rating before 90 days, which is the length of time their policy states a film must wait to be in theaters after a rating change to avoid confusion or inconvenience for moviegoers. 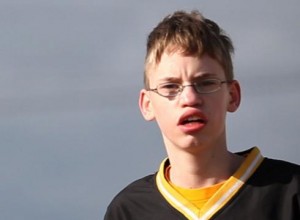 This decision by the MPAA is a huge victory for the parents, educators, lawmakers, and most importantly, children, everywhere who have been fighting for months for the appropriate PG-13 rating without cutting some of the most sensitive moments. Three uses of the ‘F word’ were removed from other scenes, which ultimately persuaded the MPAA to lower the rating. Hirsch made the documentary with the intent to give an uncensored, real-life portrayal of what 13 million children suffer through every year.

The new rating, which came about with the great support from MPAA Chairman Chris Dodd, grants the schools, organizations and cities all around the country who are lined up and ready to screen BULLY, including the National Education Association and the Cincinnati School District, the opportunity to share this educational tool with their children.

“Senator Dodd is a hero for championing this cause, and the MPAA showed great courage by not cutting the scene everyone has been fighting to keep,” said TWC Co-Chairman Harvey Weinstein. “Senator Dodd’s support gives voice to the millions of children who suffer from bullying, and on behalf of TWC, the filmmakers, the families in the film and the millions of children and parents who will now see this film, I thank him for recognizing that this very real issue cannot afford to go unnoticed.”

CHECK OUT THE TRAILER TO THIS IMPORTANT FILM

“I feel completely vindicated with this resolution,” said Hirsch. “While I retain my belief that PG-13 has always been the appropriate rating for this film, as reinforced by Canada’s rating of a PG, we have today scored a victory from the MPAA. The support and guidance we have received throughout this process has been incredible, from the more than half a million people who signed Katy Butler’s petition, to members of Congress, Governor Mike Huckabee and the many celebrities and others who raised their voices to express deeply felt support for a film that can inspire millions. The scene that mattered remains untouched and intact, which is a true sign that we have won this battle. With an array of great partners, a fabulous educator’s guide and extensive online tools, we can now bring this film unhindered, to youth and adults across our country.”

Building support for the Safe Schools Improvement Act is the next step in this movement for change. Already a meeting has been set with Senator Bob Casey to discuss how he can help. Lawmakers and politicians are being sought out to back the efforts of anti-bullying supporters everywhere in creating legislation that will comprehensively address the issues of bullying and harassment.

“If we can’t get the Safe Schools Improvement Act passed, we’ll be visiting the home states of each lawmaker until it does,” saidKaty Butler, the 17 year old Michigan high school student who rallied petitioners on Change.org to urge the MPAA to lower BULLY’s rating. “On behalf of the more than half a million supporters who joined me on Change.org in petitioning the MPAA, I want to express how grateful I am not only to the MPAA for lowering the rating without cutting a vital scene, but to all of the people who used their voices to put a national spotlight on this movie and its mission.”

For the hundreds of organizations and individuals partnering with the film, the rating news means more screenings for more children.

Said National Education Association President Dennis Van Roekel, “The changing of the rating for BULLY from R to PG-13 will enable many more young people to see this film. NEA applauds the Motion Picture Association of America and the producers for the PG-13 rating. Every teenage student should have the opportunity to see this powerful documentary about a problem that still haunts our schools. NEA also salutes 17-year-old Katy Butler and the other young activists whose online petition drive led to having the rating for BULLY reconsidered.”

After Weinstein’s and BULLY teen Alex Libby’s appeal in February to the MPAA for a PG-13 rating was denied by one vote, TWC and Hirsch chose to move forward with releasing the film unrated last weekend allowing theaters the chance to use their discretion when admitting children to the theater. BULLY leads all non-fiction films so far for 2012 with its strong opening weekend attendance.

Look for quality things to sponsor that have a great audience? Email info@usabusinessradio.com for more information on sponsoring US Daily Review.