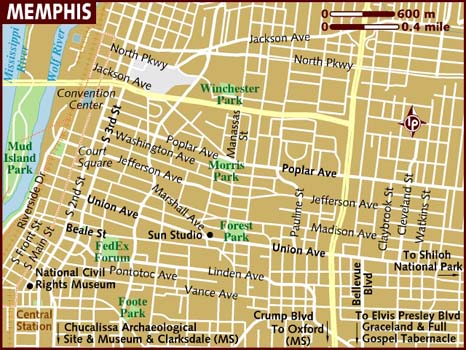 Terri Porter, a Memphis real estate agent, says residents of the city can buy a beautiful four-bedroom home for about $150,000, and for less than $5, they can grab a hamburger and a half of gallon of milk to wash it down.

Known as the home of Blues and the birthplace of Rock and Roll, Memphis is a cultural mecca for music fans. Musicians of all calibers can be heard playing on beautiful Beale Street, and the city offers residents and tourists an enviable nightlife. Museums and theaters are available for those who are drawn to the arts, and the area is home to several professional sporting teams as well.

If a resident of New York City was interested in trading the bright lights and big city atmosphere for southern charm, they would face a lower income, but the new Memphis resident would also get to enjoy lower prices on just about everything.

Based on numbers alone, a move to Memphis could be an viable way to save money, but unfortunately, trading a job in any city for a job in Memphis may not be that simple. Currently, almost a fifth of Memphis residents live beneath the poverty line, and the city has an above-average unemployment rate that is currently at 10 percent, according to Bloomberg BusinessWeek.

However, those who are able to find a job in the area can reap a lot of benefits. The average home price in the area is just under $70,000, which is incredibly accessible, and the average house payment is only $838, according to BusinessWeek. Renters face monthly rent payments of just over $700, and a gallon of gas is well under $4 with an average price of $3.31 (MemphisGasPrices.com). Transportation costs are lower than most of the country, and consumers can easily buy an affordable used car from a place like Memphis DriveTime without draining their savings accounts.

While a move to Memphis may not be for everybody, it offers many people a lifestyle that they could not afford in any other city. Although the area may not be full of jobs, it could be the perfect destination for a freelancer who could bring their own income.