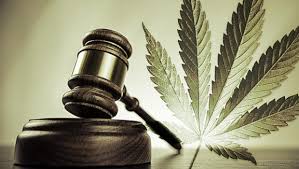 Dear Mr. President: I am writing to you as President of the California Narcotic Officers’ Association (CNOA).

CNOA is a non-profit training association whose 8000 members are responsible for enforcement of California’s controlled substance laws. It’s dangerous work, as evidenced by the fact that 90 of the names on the California Peace Officers’ Memorial Wall were members of CNOA. Included among those 90 men and women are two of our past CNOA Presidents. We are committed to our mission because we know that we are not only providing public safety for this generation, but we are also providing critical protection for our children’s generation and generations to follow.

It is in this context that I write to you about your recent interview with THE NEW YORKER.

The California Narcotic Officers’ Association takes strong issue with your comparison of marijuana and alcohol. We applaud you, as a President who has historically championed rigorous science, for reaching out to the scientific community for their input regarding the harms of marijuana use on individuals and communities. However, we would suggest that you reevaluate your comparison of alcohol and marijuana, keeping in mind the words of the late South African President Nelson Mandela:

Today’s marijuana is far more potent than the marijuana that you have so honestly acknowledged using during your teens and early adulthood. Moreover, the increasingly popular Butane Hash Oil exceeds 80% THC, making it far more potent than the marijuana of one to three percent THC that characterized your era. Additionally, I would ask that you consider your recent comments in light of the documented material on marijuana harms that are posted on the White House Website:

Marijuana places a significant strain on our health care system, and poses considerable danger to the health and safety of the users themselves, their families, and our communities. We know that marijuana use, particularly long-term, chronic use that began at a young age, can lead to dependence and addiction.i Marijuana is not a benign drug.

• In 2011, approximately 4.2 million people met the diagnostic criteria for abuse or dependence on marijuana.

• Marijuana use is associated with addiction,iii respiratory illnesses,iv and cognitive impairment.

• Marijuana is also the second leading substance for which people receive drug treatment,vi and a major cause for visits to emergency rooms.

• Studies also reveal that marijuana potency has almost tripled over the past 20 years,viii raising serious concerns about implications for public health – especially among adolescents, for whom long-term use of marijuana may be linked with lower IQ (as much as an average 8 point drop) later in life.

Scientific research shows us that increasing the availability of drugs can lead to increased use, and growth in the consequences of that use:

• Legality increases the availability and acceptability of drugs, as we see with alcohol and tobacco – which far outpaces the use of illegal drugs.

• Increased availability and acceptability of marijuana would likely lead to increased consumption of the drug.xi

• Increased consumption leads to higher public health and financial costs for society. Addictive substances like alcohol and tobacco, which are legal and taxed, already result in much higher social costs than the revenue they generate. The cost to society of alcohol alone is estimated to be more than 15 times the revenue gained by their taxation.

Your comments in THE NEW YORKER minimize the dangers of drug use, and by doing so, lessen the impression that drugs are harmful. In the article, you stated that “I’ve told my daughters I think it’s a bad idea, a waste of time, not very healthy.” I am a parent with young children as are you. I’m sure our ambitions and dreams for our children are to see them grow to be successful and productive members of our country. Having been in law enforcement for 28 years I have seen firsthand the destructive path illegal narcotics, including marijuana, have taken in the lives of so many on a daily basis.

I would never condone or make reference to any substance that could diminish my children’s future success as being “less harmful.” Playing video games, eating junk food, and not exercising are “a bad idea, a waste of time, [and] not very healthy.” Using marijuana, or any other drugs for that matter, is simply dangerous. I am sure you would never open the door for your children to even think it is okay to use marijuana for any reason.

Because of your honorable position as the leader of our great nation, you should hold the children of our nation to the same standard as your own children. It is never too late to do the right thing and correct a misunderstood statement and make it known that our nation’s future should never include the endorsement of illegal narcotics, including marijuana. The California Narcotics Officers’ Association would respectfully request that you retract your comments on marijuana and alcohol. They are being misused by people with their own legalization agenda to somehow make the argument that the legal status of alcohol demands legalization of yet another addictive substance that will inevitably be commercialized and marketed to children. I thank you ahead of time for your future clarification on the harm of marijuana to our nation.