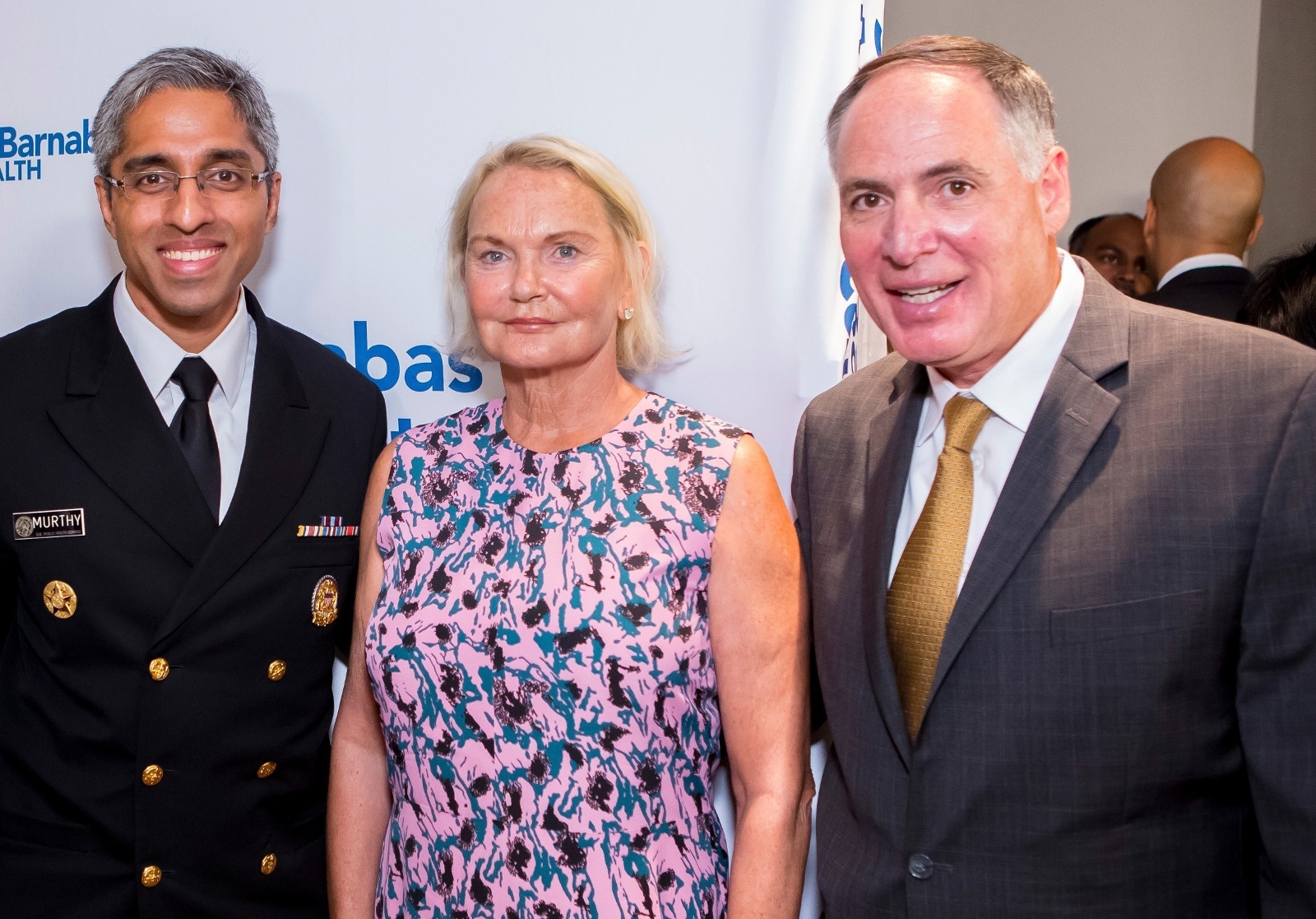 By  Partnership for a Drug-Free New Jersey, Special for  USDR

U.S. Surgeon General Vivek H. Murthy, brought his Turn the Tide tour to New Jersey to discuss the current opiate abuse epidemic impacting the state, and discuss action steps physicians can take to stem the tide of the epidemic. The Surgeon General is currently on a national tour designed to educate and mobilize prescribers to take immediate action to end this  epidemic.

The discussion was part of a forum hosted by U.S. Senators Bob Menendez and Cory Booker, (both-D-N.J.), and moderated by the Partnership for a Drug-Free New Jersey’s Executive Director Angelo Valente. It was held at Saint Barnabas Medical Center inLivingston, New Jersey on August 8,  2016.

U.S. Surgeon General Murthy was joined by U.S. Department of Veterans Affairs (VA) Under Secretary for Health Doctor David Shulkin for the forum. Dr. Murthy is visiting states, like New Jersey, that have been especially hard hit by the prescription opioid epidemic and will send letters to over two million prescribers and health care professionals, urging them to: improve prescribing practices, inform their patients about the risks of opioid addiction, and connect people with opioid use disorders to evidence-based  treatment.

Heroin deaths in New Jersey are up 160 percent since 2010, with more than 1,200 overdose-related deaths last year alone.  In 2015, more than 28,000 New Jerseyans sought treatment for heroin or opioid abuse, significantly outpacing previous year’s figures.  According to the Centers for Disease Control and Prevention (CDC), 78 Americans die every day from an opioid overdose, and heroin-related deaths more than tripled from 2010-2014 with approximately three out of four new heroin users report first abusing prescription opioids.  Veterans are twice as likely to die from an accidental opioid overdose as non-veterans, according to a 2011 study of the VA  system.

“Both patient and prescriber education are crucial if we are to make inroads in preventing this epidemic”, explained Valente. PDFNJ focuses on educating parents, physicians, and community leaders about the dangers of prescription pain medicine and the link between prescribed opiates and heroin abuse rates, according to Valente. He explained, the Before They Prescribe- You Decide PDFNJ 2016 public health campaign is geared at educating parents on the link between prescribed prescription pain medicine and heroin abuse and encouraging them to speak to their doctor regarding the addictive qualities of pain medicine and the possible  alternatives.

Turn the Tide is a national campaign based on the concept of “prescribers talking to  prescribers.”