The Second Amendment Foundation today has filed a Freedom of Information Law (FOIL) request with the City of New York for all records relating to Michael Bloomberg’s Mayors Against Illegal Guns, after newspaper allegations that city resources have been used for MAIG’s gun control efforts.

SAF is being joined in the request by the Citizens Committee for the Right to Keep and Bear Arms, and Tom Gresham, host of the nationally-syndicated “Gun Talk.”

“It was bad enough to learn via CBS News that the MAIG website was being hosted on a city-owned server, and administered by city employees,” said SAF founder and Executive Vice President Alan Gottlieb, “but it also appears that a special counselor in the mayor’s office was sent to lobby in Nevada on behalf of MAIG’s gun control agenda.”

The New York Post and Politico both published reports that Mayor Bloomberg sent Christopher Kocher to Nevada, and that in an apparent attempt to conceal who he worked for, Kocher “scrubbed his City Hall e-mail address from the state of Nevadalobbying-registration Web site early this month.”

“The public has a right to know what’s been going on between Bloomberg, the city and MAIG,” Gottlieb explained. “Gun control is Bloomberg’s pet peeve, and he’s been pushing an anti-gun agenda since sending so-called private investigators on a sting operation to gun shops all over the country, which got him in trouble with the Bureau of Alcohol, Tobacco, Firearms and Explosives.”

“There certainly appears to be a serious problem in Bloomberg’s administration,” Gresham added. “Evidently, the mayor and his staff have a gross misunderstanding of how the taxpayers’ money should be spent, and that should not include sendingNew York employees around the country to lobby for Bloomberg’s pet projects.”

The request was filed by SAF Special Projects Director Philip Watson, for the following information:

1.       All electronic records related to Mayors Against Illegal Guns and the website MayorsAgainstIllegalGuns.org, including, but not limited to:

a.       All electronic files saved on city servers

b.       All Emails to or from users at the domain MayorsAgainstIllegalGuns.org

c.       All current and former employees, officials, outside contractors, and volunteers with access to the website MayorsAgainstIllegalGuns.org

d.       All current and former Email users and usernames that have had access to send or receive Email from@MayorsAgainstIllegalGuns.org 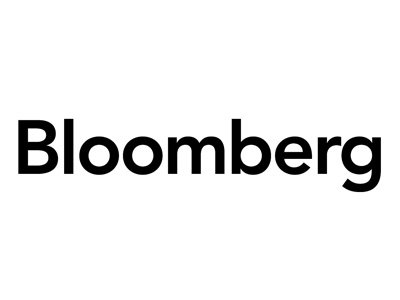 2.       Any and all records related to Mayors Against Illegal Guns electronic files, including, but not limited to:

c.       Any records describing processes for cooperation with this group

d.       Any records describing how received communications with this group are processed

e.       All employee pay or overtime related to cooperation or time spent with this group

f.        Official names, titles, and contact information of all employees, officials, outside contractors, and volunteers involved with domain hosting, creation, maintenance, and communication for MayorsAgainstIllegalGuns.org

g.       All costs incurred by the City of New York for creation, maintenance, domain hosting, and communication for MayorsAgainstIllegalGuns.org

3.       Any and all records of communication since January 1, 2002 between any city official, employee, or volunteer and any gun control advocacy organization, including, but not limited to:

“The man is obsessed,” Gottlieb continued, “and if he’s spent so much as a dime of public money on what amounts to a private crusade, Mayor Bloomberg needs to be held accountable for that.”

Gottlieb has called on New York Attorney General Eric Schneiderman to launch a full-scale investigation into the mayor’s potential misuse of public resources for his own private war on gun owners. He renewed that call today.

“If Eric Schneiderman won’t investigate Bloomberg for possible misuse of public funds,” Gottlieb said, “we will. The mayor has been acting increasingly like a self-appointed monarch, but this still the United States, not Bloomberg’s personal fiefdom.”