On May 20th and 21st of 2012, the summit of the North Atlantic Treaty Organization (NATO) will take place in Chicago. During the meeting, essential issues of international security will be discussed and the Republic of Latvia will be asking for NATO funds and help in policing Latvian air space.

With the Summit pending, attention must be paid to the facts presented in the book of well-known Latvian journalist, Lato Lapsa, “The Other Kitchen” related to serious violations by the Corruption Prevention and Combating Bureau (CPCB or KNAB – Korupcijas Noversanas un Apkarosanas Birojs), a Latvian anti-corruption institution. This information is particularly troubling given the fact that NATO uses Latvia as one of the main supply routes into Afghanistan. 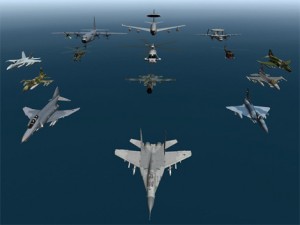 Along with other episodes, the book discusses a high-profile trial in Latvia, which has led to systematic violations of human rights of successful businesswoman, Inara Vilkaste, and her husband, former government official, Vladimir Vashkevich. Over 50 criminal and 100 civil cases have been initiated in this matter without any serious evidence.

This story has already received wide publicity in Europe and has led to the creation of the “Justice for Inara” (Justice for Inara – www.justiceforinara.eu) Committee, headed by Walter Schwimmer, former Secretary General of the Council of Europe. The members of the Committee believe that a group of unscrupulous employees of the CPCB/KNAB pursued personal mercenary interests, potentially abused their position of authority in carrying out illegal actions against Vilkaste and her family. In the recent past, some of these ‘unscrupulous employees’ have been suspects in criminal cases involving the failure to declare the sources of cash flow.

In his book, released in November 2011, Lato Lapsa raises the question of trust between NATO and Latvia. The journalist writes: “In the spring of 2003, the NATO Secretary General, George Robertson, warned of the need to put things in order in the state security agencies in Latvia within a year, so they could be safely trusted with classified NATO information. This was a public appeal – the real one was expressed back in 2002, and as a consequence, an active movement began around the possible reform of the country’s security.”

However, in an interview Lato Lapsa conducted with the former head of the Latvian Security Police, Janis Apelis, the latter said: “These services began to appear, and with them came the need for a strong organization that would be responsible only for abuse of power and economic crimes. When the guys in track suits began wearing ties, the first attempts were quite interesting – to gather people from all services to create an organization of this kind under the wing of the Ministry of Internal Affairs. It is my understanding that it was NATO’s demand from us to create something after their image and likeness, but … nothing came out of it.”

As an example of NATO’s concern, Lato Lapsa mentions the “Simms’ Case.” “Maybe, everything would not have ended in such a catastrophe if already at the time, somewhere within NATO’s high-level security ranks suspicions had not appeared that a spy was among them. Estonian, Herman Simms, was arrested only in September 21, 2008, but the search for the “big ear” had begun earlier. Quite possibly, NATO security forces had already at that time believed that the new member countries of the alliance might be the potential source behind the leaks of confidential information.

A high-ranking diplomat, whose professional duties between 2006-2007 included receiving and transmitting the first signals from the U.S. Embassy, expressed the following assumption during the preparation of this book: “They did not want this dubious deal with the change of the law on security.” “Not only did they not like something particular in these changes, but rather everything as a whole. The reaction was quite fast, somewhere between Christmas and January 2nd, the first signals were received from the Americans that they did not like this deal at all. Now, looking back and putting the whole picture together, we must realize that, at the time, we did not know anything about the Estonian case, while the Americans already did. They had monitored some things; they knew that the Russian, who recruited [the spy], was in Riga, and lived here. The investigation of the case was already in full swing, and suddenly something happened here, in Latvia,” – recalled the diplomat, analyzing the facts, known at that time and now.

Already later, in 2010, the partly published investigative information showed that H. Simms – a spy recruited by Russia, who caused NATO enormous damage – met with his recruiter in Riga, for example, at the cafe Nostalgia. The Americans, owning this information, may have perceived the hasty actions of the Latvian government in changing the system of security services as part of what was later called the “Simms’ Case.”

Some sources close to the government at the time, with reference to the diplomatic structures and security forces of partner countries, now hypothesize that perhaps behind the changes in the laws of security were not so much the interests of local oligarchs, but rather, was instilled as a need within the political elite by a player who was disloyal to Latvia, and knew, as did the Americans, that “H. Simms’ work on behalf of Moscow” will soon end, which meant it was necessary to create a template for the leak of information from Riga, and not from Tallinn (Estonia).”

Attorney Canepa and Alderman Moore said Lato Lapsa‘s book “The Other Kitchen” should be studied by those who are concerned about protecting the secrets of NATO. Latvia was under Soviet control from 1945 to 1991 and joined the North Atlantic Treaty Organization (NATO) in 2004. Official representatives of Latvia will be in Chicago from May 20-21, 2012.

Canepa and Alderman Moore said NATO, U.S. State Department and Latvia must examine the Lapsa book immediately to make sure human rights are not being violated.