On this past Memorial Day we honored those Americans who have died in military service including 4,474 in Iraq and 1,966 fallen soldiers in Afghanistan.[1] As we move forward from a day of remembrance toward a lasting fight toward freedom, it’s vital that we take a moment to recognize the toll which war takes not only on those afflicted by fighting in the war but also their families at home. 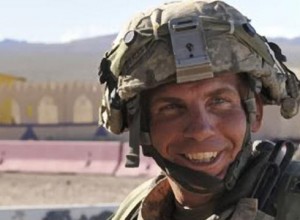 Army SSgt Robert Bales has been implicated in killing 16 Afghan civilians. He is only the most famous likely sufferer of PTSD.

According to a Pentagon study released last year, nearly 20 percent—or one in five returning war veterans—reported symptoms of post-traumatic stress disorder (PTSD) or major depression. In the first analysis of its kind, researchers estimate that PTSD and depression among returning service members will cost the nation as much as $6.2 billion in the two years following deployment — an amount that includes both direct medical care and costs for lost productivity and suicide. In addition to the immense personal costs, investing in more high-quality treatment could save close to $2 billion within two years by substantially reducing those indirect costs, the 500-page study concludes.

“There is a major health crisis facing those men and women who have served our nation in Iraq and Afghanistan,” said Terri Tanielian, the project’s co-leader and a researcher at RAND, a nonprofit research organization. “Unless they receive appropriate and effective care for these mental health conditions, there will be long-term consequences for them and for the nation. Unfortunately, we found there are many barriers preventing them from getting the high-quality treatment they need.” [2]  Many family members of soldiers returning from their deployment with PTSD say the stigma associated with seeking psychiatric help has hurt their cause.  “Sixty-two percent of respondents who felt their service member had exhibited signs of PTSD, regardless of any official diagnosis, did not seek treatment, demonstrating there is a still much to be done to help service members and their families cope with the invisible wounds of war,” said the group in a statement accompanying the survey, which polled about 4,000 military family members. Only 35 percent of those polled said that the service member in their family had sought treatment.  Some of the respondents also said that despite efforts to encourage service members to seek treatment, military culture still views PTSD as a sign of weakness that could derail promising careers for soldiers.[3]

Last year marked the fifth consecutive year in which the Army experienced a record number of suicides in its ranks.[4]  According to an Associated Press report released last week, suicides are surging among America’s troops, averaging nearly one a day this year — the fastest pace in the nation’s decade of war, far outdistancing the U.S. forces killed in action in Afghanistan — about 50 percent more — according to Pentagon statistics obtained in the AP report.[5]  According to Mike Scotti, a former Marine and author of The Blue Cascade: A Memoir of Life After War, “There are potentially hundreds of thousands of veterans who are struggling with post-combat mental health issues who never ask The US Department of Veterans Affairs for help. Some, hamstrung by fear of stigma, are too proud or too ashamed to ask for help. Others don’t ask because they’ve heard too many stories from peers who have received poor care or been ignored.”[6]

One of the worst parts about PTSD is that a military member may show no symptoms for months before things start to go awry. The soldier may be desensitized due to war experience thereby creating a potential ripple effect a family who may not share or understand what he or she has been through. All may seem well initially once a soldier returns home; for two or three months, he or she may even be in a state of euphoria.  However then comes that fateful day, when he or she feels that they have lost their place in the family life; it is at this point when problems arise and significant behavior changes associated with PTSD begin to surface: sleeplessness, anger, anxiety, irritability, unwanted memories, guilt, hopelessness or feelings of isolation and a refusal to take part in family activities. According to the Diagnostic and Statistical Manual of Disorders (the guide that psychologists use to assist in diagnosis) PTSD comes in different forms: acute, chronic and delayed onset. Acute means that the symptoms appear for less than 3 months; chronic is 3 months or more; delayed onset is when PTSD appears at least 6 months after the event.[7]

This of course takes a tremendous toll on a soldier’s family, and can have devastating consequences for all family members as the symptoms often develop without warning.  The family needs to foster empathy of what their loved one has experienced. The strain and challenge to return to the family is difficult; this places an enormous stress on all members of the family to maintain a sense of harmony and togetherness.  All families should strive to educate themselves as to the different ways to treat PTSD. Often doctors choose to prescribe a number of antidepressant drugs to victims of PTSD, including Paxil, Seroquel and Klonopin. According to Paul Huljich, “[the] taking of these drugs medication is easy. To blame the system entirely for the dilemma facing the entire family can have a ripple effect on those closest to you in life; drugs merely offer a band aid to mask the time bomb that may go off at any second.”

Mr. Huljich feels that families of returning military must be prepared for changes in family dynamics.  Having experienced significant tumult with his own family situation and mind conditions, he has developed a 9 step program to master stress in which family members can take small practical steps that, together, can help make a huge difference.  Affected families should try to create a safe zone for the afflicted.  Due to the huge stigma and overall confusion involved with sufferers from PTSD, one has to be very sensitive when deploying a method to help he or she who is suffering. Developing a sense of awareness equips you with the tools to fight back.

In publishing Stress Pandemic (www.stresspandemic.com), a self-help & stress management book this summer, Mr. Huljich states “I hope that all families will pause for a moment and reflect on where they are in their lives – and where they are headed. But most of all, I hope that my Lifestyle Solution will not only help you survive the stress pandemic but thrive in the coliseum of life.”