By the C.D. Howe Institute, Special for US Daily Review.

Ontario’s new “tax on the rich” will likely create more economic costs than benefits, according to a report by the C.D. Howe Institute. In “Ontario’s Tax on the Rich: Grasping at Straw Men,” Associate Director of Research Alexandre Laurin finds taxpayers’ behavioural responses will reduce revenue over the long run by more than the province can expect to collect from the tax hike. 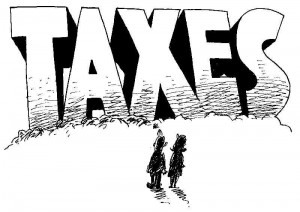 Confronted by a tax increase, taxpayers may respond in various ways, noted Laurin. Some would likely do nothing, but others may choose to substitute more leisure for overtime work, to migrate to a lower tax jurisdiction, to engage in more aggressive tax planning, or to modify forms and timing of compensation, use of tax deductions, and tax avoidance or evasion. “Many studies have shown that, on average, tax increases have a negative effect on economic activity and incomes, especially for high-income earners who tend to be more responsive to tax changes,” said Laurin.

What’s more, the rationale behind the raise, which seems to have originated from the rhetoric of the “Occupy” movement, is that the “rich,” the top 1 percent of earners, do not pay their fair share of personal income taxes. However, the 25,000 high-income earners and their families affected by the new tax already pay about one of every five income tax dollars – net of tax credits and benefits – in Ontario, notes Laurin. Overall, Ontario’s personal income tax system already redistributes more income than most other provinces. The province’s top 1 percent of earners shoulder more than one-quarter of all income taxes, while the bottom 75 percent shoulder about 12 percent.