The luxury sector in Canada has proven to be resilient in economic uncertainty as compared to this sector in Europe and the U.S., according to data released today from American Express Business Insights. Optimism amongst Canadians appears to be on the rise as luxury spending increased, but what has proven most surprising is that in a soft job market, younger Canadians are dominating Canadian luxury spend growth in the core areas of fashion, travel and fine dining.

These findings, which are proprietary research, are based on actual, aggregated spending data from 2009 through 2011, suggest that not only was the Canadian luxury sector less impacted by the downturn (down 9% in 2009) than its counterparts in the U.S. and Europe (down 14% and 10% respectively), but that Canadian spending levels have recovered more quickly. Europe and the U.S. have yet to reach pre-recessionary spending levels in the luxury segment, whereas Canadian luxury spending has increased overall since 2009. 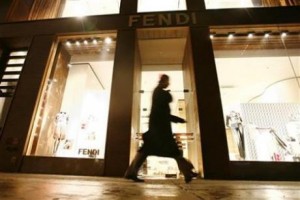 “As a trusted partner to many Canadian businesses, having the ability to gain insight into consumer spending patterns enables us to effectively help our merchants enhance their business planning and marketing programs,” says Colin Temple, Vice President and General Manager of Merchant Services, American Express Canada. “What we’ve seen in Canada is that, even during economic uncertainty, consumers are not shying away from luxury spending.”

“The luxury market is turning its eye to the younger generation,” says Temple. “This demographic set has become integral to business growth as older generations start to exit the market.”

The New Luxury Consumer
In Canada, newcomers, or consumers who have not spent on luxury before, made up 42 per cent of total Canadian luxury shoppers in 2011. Yet, despite being the largest percentage of luxury shoppers, the newcomers have the lowest average transaction size.

“The data shows that newcomers are vital to the luxury market,” says Temple. “While these consumers are just dipping their toes into the luxury pool now, we see great potential for this demographic to truly embrace the luxury shopping lifestyle and become loyal to the category over time.”

Interesting Online Insights
One consistent element amongst all Canadians Cardmembers is that they like to shop online for luxury products:

Concurrently, the research pointed to a new appreciation for men shopping for high fashion online. Over the past three years Canadian men’s share of online luxury fashion shopping has increased significantly led by Gen X men. In fact, in 2011, 60% of all Gen X shoppers in the luxury space were men.