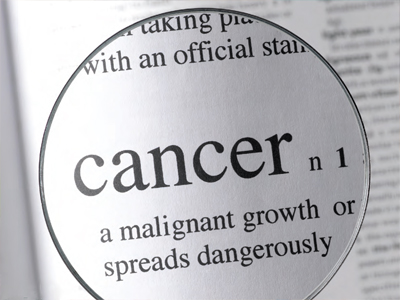 Scientific evidence available for decades suggests that far fewer Americans need die of cancer, writes Arthur Robinson, Ph.D., in the fall 2013 issue of the Journal of American Physicians and Surgeons. But preventative measures with enormous potential are not being studied—or are off limits.

Robinson highlights an article published in 2002 about a population of people in Taiwan who had a cancer incidence only 3 percent of that in the surrounding population—a decrease of 97 percent, along with a huge decrease in the number of birth defects.

Astonishingly, these people had lived for 9 to 20 years in apartments built with rebar contaminated with radioactive cobalt-60. The average dose they received was about 40 millisieverts per year. Nuclear workers in the U.S. may receive up to 50 millisieverts in a year, but this limit is almost never reached. One would have to get about four full-body CT scans in a year to approach this dose.

“These startling results deserved an intense follow-up by public health authorities, but this has not occurred,” Robinson states. Instead, radiation “protection” regulations prevent people from obtaining the radiation they might choose to receive.

Current government standards are based on the “linear no-threshold” (LNT) hypothesis that holds that even the tiniest dose of radiation can cause cancer. Although more than 2,000 studies have shown that low doses of radiation actually have a protective (“hormetic”) health effect, the LNT hypothesis is still used to frighten people and paralyze development of nuclear technology.

Robinson also cites animal studies that showed how the growth rate of cancer could be decreased 10-fold by diet alone. Yet the cancer research industry ignores both radiation hormesis and diet.

“The discovery of radiation hormesis is equivalent, in the field of health physics, to the discovery of relativity and quantum mechanics in physics. It may be the greatest medical advance of this century. However, in collusion with the medical monopoly, government is depriving Americans of access to potentially revolutionary advances in health,” Robinson concludes.