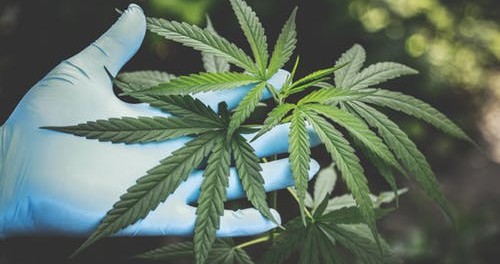 Earnings season has revealed mixed financial results for some of the largest cannabis stocks. While some of the large players like Canopy Growth showed worse than expected revenues and earnings, some of the smaller players like Trulieve Cannabis stock hit the cover off the ball. US CBD growth continues to drive market share in the US, as investors await further news on the possible US regulation change toward recreational and medical marijuana. Additionally, it now appears that wholesale cannabis prices are on the rise. This should eventually help the cannabis business, which has been feeling the brunt of oversupply during the last 4-quarters. Missouri is experiencing a flood of just in time application for medical marijuana.

Canopy Growth disappointed investors with its earnings for the fiscal Q1 of 2020. The softer than expected numbers were immediately met heavy selling in the share which pushed the stock down more than 12%. Canopy Growth missed analysts’ earnings and revenue number. The company management cited expansion costs in the US as the main catalyst for the increases in costs which led to a huge miss on the bottom line.

Trulieve has been consistently profitable over the past few quarters. This made it so there better than expected results were not a surprise. The company absolutely crushed its Q2 results. For the quarter, Trulieve delivered $57.9 million in sales, representing a 149% year over year increase. The company is planning a large expansion of its existing store base in Florida, where Trulieve currently has 30 stores.

News has come across the tape that wholesale cannabis prices in Colorado, Oregon, and Washington state are on the rise. Seaport Global reports that the company believes that prices in the three states that were first to legalize adult-use cannabis have been rising since the Q2, gaining 100% in Oregon, 46% in Washington and 17% in Colorado. The move has come amid strong demand and weaker supply as more growers go out of business.

Missouri regulators received roughly 2,100 applications for up to 348 medical cannabis licenses. This came just ahead of their extended state deadline. More than 1,200 applications arrived in the three days prior to the deadline, including 800 in the 24 hours leading up to the extended deadline, according to state officials.