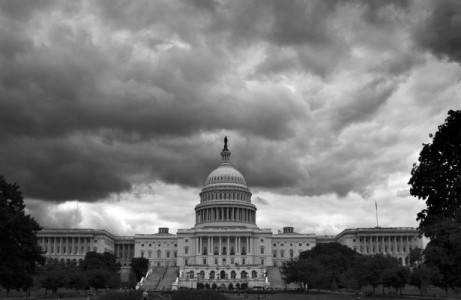 On the same day House Speaker John Boehner said he would bring a “clean” debt ceiling bill to the House floor — and join Democrats in voting for a 13-month extension of the debt limit — the head of the Congressional Budget Office declared that the “large and growing federal debt” could eventually increase the risk of a “fiscal crisis.”

“The large budget deficits recorded in recent years have substantially increased federal debt, and the amount of debt relative to the size of the economy is now very high by historical standards,” Elmendorf told the Senate Budget Committee.

“CBO estimates that federal debt held by the public will equal 74 percent of GDP at the end of this year and 79 percent in 2024 (the end of the current 10-year projection period). Such large and growing federal debt could have serious negative consequences, including restraining economic growth in the long term, giving policymakers less flexibility to respond to unexpected challenges, and eventually increasing the risk of a fiscal crisis (in which investors would demand high interest rates to buy the government’s debt).

Elmendorf also estimated that the economy will grow at a “solid pace” in 2014 and for the next few years. But he said the unemployment rate will probably remain above 6 percent until late 2016.

“Moreover, the rate of participation in the labor force — which has been pushed down by the unusually large number of people who have decided not to look for work because of a lack of job opportunities — is projected to move only slowly back toward what it would be without the cyclical weakness in the economy.”

(In testimony before a House panel last week, Elmendorf said Obamacare subsidies that help low-income people buy expensive health insurance are a “disincentive for people to work.” He said the Affordable Care Act “will reduce the total number of hours worked in the economy by between one-and-a-half and two percent from 2017 to 2024.” That represents a decline in the number of full-time-equivalent workers of about 2.0 million in 2017, rising to about 2.5 million in 2024.)

Beyond 2017, Elmendorf said CBO expects economic growth to “diminish to a pace that is well below the average seen over the past several decades.” He said the anticipated slowdown reflects long-term trends, such as slower growth in the labor force due to the aging of the population.