The challenge presented by America’s debt crisis is likely more severe – and immediate – than the current baseline Congressional Budget Office (CBO) forecast indicates, says new research from Deloitte. The accumulating U.S. debt burden will consume resources which could otherwise be used to make key domestic investments over the next decade; is extremely sensitive to changes in baseline economic and policy assumptions; and could potentially impact the independence of monetary policy. 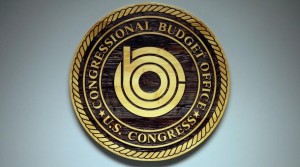 Current CBO estimates show the national debt accruing at a rate of roughly $4 billion per day, which translates to approximately $750 per U.S. household per month, or a fifth of the average household’s monthly income. Considering the nation has already accrued about $140,000 in debt per taxpayer, the financial outlook is daunting at best.

“During an election year, one of the few things both the Democratic and Republican Presidential candidates seem to agree on is that our growing debt burden is reaching a crisis point,” says Robin Lineberger, CEO Federal Government Services, Deloitte LLP. “However, it is unclear if the issue will get the public attention it deserves. From our perspective, there are an array of long-term debt solutions that have already been proposed which could help to resolve the crisis. The challenges get far more difficult to solve over time which argues for taking action now.”

The study, titled “The Untold Story of America’s Debt,” argues that the public dialogue on the debt is largely taking place on the surface and in sound bites lacking the nuanced consideration that such a complex topic deserves. The study reveals the unexamined debt related risks the country is facing which pose a critical threat to America’s long-term growth. According to the report, the risk concerns fall into five major categories:

The core question is whether political courage and policy innovation can prevail over entrenched thinking and our unwillingness to admit the real costs of the U.S. debt. How America responds will determine whether the next decade represents a long-term decline in competitiveness or a new path to growth.

“The Untold Story of America’s Debt” is the first in a series of Deloitte studies to be published before the 2012 election.  Some of the topics that will be explored in the series include: health care reform, the role of manufacturing in U.S. competitiveness, energy independence and government transformation. Visit www.deloitte.com/us/leadstrong for research-based, non-partisan insights for public and private sector leaders on these and related issues.