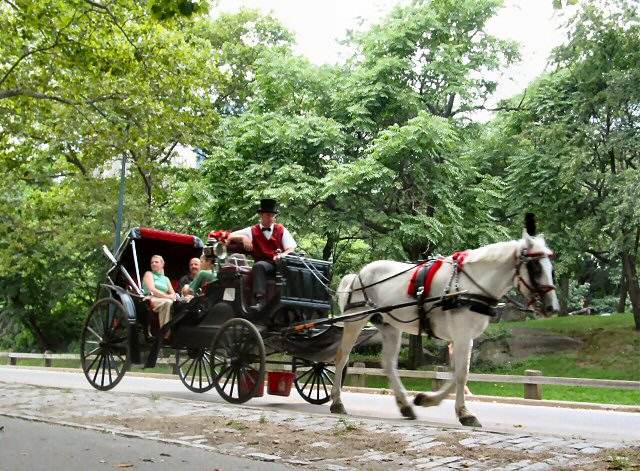 This first-ever, outdoor four-day equestrian sporting event will showcase some of the best show jumpers and dressage riders in the world as they vie for top prizes against a backdrop of skyscrapers in one of the world’s most iconic venues, the Trump Rink in New York City’s Central Park.  Highlights of the event will be a live television broadcast of the $200,000 Rolex Central Park Grand Prix on Thursday; a Friday Night NYC vs. the World pro/am jumping competition; a Saturday evening World Dressage Challenge presented by Axel Johnson Group; and finally, Sunday will include an afternoon Polo match featuring some of the world’s top players.  Matinees on Saturday and Sunday Daily will feature different equestrian performances and exhibitions, featuring Australian horseman extraordinaire Guy McLean, that celebrate the magic and majesty of the horse.

“We’re thrilled to shine a national spotlight on equestrian sport, allowing an unprecedented audience to appreciate the horses and these Olympic level athletes in the world’s greatest city,” said Mark Bellissimo.  “We’re honored to not only bring this spectacular event to locals and visitors of New York but to collaborate and give back to such inspiring charities that will benefit the children and noble law enforcement of the city.”

The event is sanctioned by the United States Equestrian Federation and the Federation Equestre International and is the first equestrian show at the Trump Rink.

“Bringing a world class equestrian competition back to New York City is long overdue, and I am pleased to be part of this terrific event,” said Donald Trump.  “These horses and their riders are the best in the world and they deserve a spectacular location in which to demonstrate their wonderful talent.”

The Central Park Horse Show Presented by Rolex will return Olympic Caliber athletes to NYC for the first time since the National Horse Show left Madison Square Garden in 2001. The $200,000 Central Park Grand Prix will be televised live on NBC Sports on Thursday, September 18, from 7:00 to 8:30 p.m., the first live prime time television event for equestrian sports on a major sports network.

“To support dressage in Central Park is very special for me as a New Yorker, born in the city and with Central Park as my childhood’s playground,” said Antonia Axson Johnson, Chairman and Owner of the Axel Johnson Group , a Swedish family business, now in the fourth and fifth generations, and which is sponsoring Dressage night.

“On behalf of the Police Athletic League, I wish to show my appreciation to the Bellisimo Family and The Chronicle of the Horse for their generous contribution that will allow us to continue helping improve the lives of New York City’s children, by providing safe places to enjoy fun, recreational activities,” said PAL Board President John B. Osborn.

“We are pleased to welcome the Central Park Horse Show to New York City this fall and in future years,” said NYC & Company President & CEO Fred Dixon. “This exciting and unique event will provide locals and visitors with one more attractive reason to come experience the unparalleled beauty and vibrancy of Central Park.”

Tickets for the Central Park Horse Show go on sale August 4. For more information and to purchase tickets or inquire about sponsorship or other participation, please visit: www.centralparkhorseshow.com or email centralpark@chronofhorse.com and visit us on facebook at https://www.facebook.com/CPhorseshow and “like” us to be part of our news feed.