The average tenure of a CEO declined to 8.4 years in 2 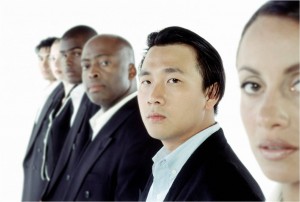 011 from approximately 10 years in 2000, according to the 2012 edition of CEO Succession Practices, a new report by The Conference Board, the global business research and membership organization.

CEO Succession Practices documents and analyzes succession events for CEOs in S&P 500 companies in 2011. It includes historical comparisons with data from the last decade and a review of findings from a survey of general counsel and corporate secretaries at more than 330 U.S. public companies.

“The stronger independence and accountability of directors registered during the last decade and increased scrutiny from shareholders and activists might motivate corporate boards to be more inclined to dismiss a CEO who is performing below expectations,” said Matteo Tonello, Managing Director of Corporate Leadership at The Conference Board and co-author of the report with Jason Schloetzer, Assistant Professor at the McDonough School of Business at Georgetown University, and Melissa Aguilar, a researcher in the corporate leadership department at The Conference Board. “In addition, the pressure of serving as the CEO of a large company in an increasingly competitive global marketplace could contribute to voluntarily shorter tenures, suggesting that CEOs are leaving on their own terms after fewer years in the position.”

The lower-than-average tenure recorded in 2003 (7.4 years) may have been related to the U.S. recession following September 11, 2001, and an increase in widely publicized accounting scandals.

Following are some of the key findings described in the 2012 edition of the report. To access the report, visit www.conference-board.org/CEOsuccession2012.

CEO succession rate
In 2011, 55 CEOs in the S&P 500 left their post. The rate of CEO succession was 10.8 percent, consistent with the average number of annual succession announcements from 2000 through 2010.

Inside promotions and outside hires
Consistent with a continuing trend in the hiring of outsiders that has been recorded since the 1970s, 19.2 percent of successions in 2011 involved an outsider CEO appointment.

Joint election as board chairman
Only 19.2 percent of the 55 successions in 2011 involved the immediate joint appointment of an individual as CEO and chairman of the board of directors. Based on reviewed succession announcements, the majority of departing CEOs remained as board chairman for at least a brief transition period, typically until the next shareholder meeting.

“Anticipating a change in CEO and understanding the succession process can often be a challenge for market participants,” said Jason Schloetzer. “Fifty percent of CEO succession announcements from S&P 500 companies in 2011 were effective immediately, while two-thirds of announcements fail to provide market participants with a clear window into the board’s process of selecting the successor CEO.”

Sponsored: Tired of working for someone else? Think starting a business is too expensive? Always wanted to be on the “ground floor” of a great business? Learn more about VIZ today and tell them that the US Daily Review sent you!