By The House Oversight Committee, Special to US Daily Reviw.

Recently the House Oversight and Government Reform Chairman Darrell Issa (R-CA) released the following statement after hearing the compelling new testimony of three career diplomats about what occurred before, during and after the Benghazi terror attacks of September 11, 2012.

“Today’s hearing offered officials at the State Department the opportunity to be heard. These witnesses revealed new information that undermines the Obama Administration’s assertion that there are no more questions left to answer about Benghazi. Numerous questions are still unanswered, despite months of dogged investigation by the Oversight Committee,” Issa said. 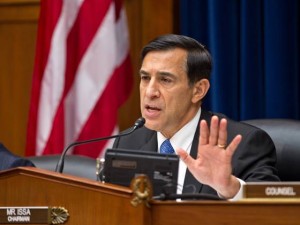 Issa continued: “Who denied the U.S. mission in Benghazi the increased security it requested months before the terror attacks? Who gave the order for special operations forces to stand down, preventing them from helping their compatriots under attack?  What was the actual military capability and preparedness to respond to the mission’s requests for help?”

“Today’s testimony also illustrated the serious concerns this Committee has with the ARB report – witnesses testified that the ARB failed to interview relevant witnesses and wrongly let senior officials off the hook. It is unacceptable that Gregory Hicks, the top U.S. Official in Libya after Ambassador Stevens death, has been kept to this day from seeing the classified report.

“Perhaps most troubling is the revelation of retaliation and intimidation tactics against life-long public servants who dared to question top officials on their inaccurate and highly public assertions about the attack. This Committee will stand behind these whistleblowers and will act swiftly if they face further retaliation or intimidation after speaking to us about what they know about Benghazi. The American people deserve the truth, and we are committed in our pursuit of the facts.”