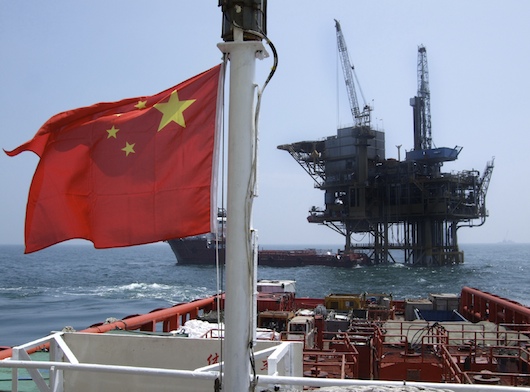 China’s apparent oil demand* in July rose 6.6% to an average 9.82 million barrels per day (b/d) or 41.52 million mt, according to a just-released Platts analysis of Chinese government data.

On a month-over-month basis, apparent demand in July was down 1.7% from June but still demonstrated robust growth, which observers believe is a sign China’s recovering economy.

Apparent oil demand in June had soared 11.7% from June a year ago to an average 9.99 million b/d ­– which was the highest growth rate since February 2011.

Data released August 9 by China’s National Bureau of Statistics (NBS) showed that refinery runs, or capacity utilization, was 9.53 million b/d in July, up 7.1% from the same time a year ago. But on a month-over-month basis capacity utilization in July was down 1.5% from June.

For the first seven months of 2013, China’s total apparent oil demand on a year-over year basis increased 4.2% to an average of 9.86 million b/d. This growth rate is higher than the 1% July-to-July growth rate seen in 2012.

“Based on current indications, this pace of growth appears on target to continue into 2014, analysts say, especially if this pattern of growth holds into the fourth-quarter peak winter period,” Song said.

China’s gasoil production in July rose 3.3% versus July 2012 to 14.5 million mt. This is the second consecutive month of positive gasoil output growth. Gasoil production had contracted 1.6% year-over-year in May and 2% in April versus April 2012.

Jet/kerosene apparent demand surged 11.3% to 1.88 million mt last month compared to a year ago, largely driven by an increase in domestic supply availability. Output was up 21% to 2.14 million mt in July versus the prior year.

Month-to-month demand in China is generally viewed as subject to short-term anomalies which are of interest and important to note, but which often fail to reveal the country’s underlying demand trends. Year-to-year comparisons are viewed by the marketplace to be more indicative of the country’s energy profile.

*Platts calculates China’s apparent or implied oil demand on the basis of crude throughput volumes at the domestic refineries and net oil product imports, as reported by the National Bureau of Statistics and Chinese customs. Platts also takes into account undeclared revisions in NBS historical data.

The government releases data on imports, exports, domestic crude production and refinery throughput data, but does not give official data on the country’s actual oil consumption figure and oil stockpiles. Official statistics on oil storage are released intermittently.

Platts releases its monthly calculation of China’s apparent demand between the 18th and 26th of every month via press release and via its website. Any use of this information must be appropriately attributed to Platts.

Platts uses a conversion rate of 7.33 barrels of crude per metric ton, the widely-accepted benchmark for markets East of Suez.