When the People’s Republic of China accused the United States of violating human rights because of our Second Amendment, they voluntarily became the world’s laughing stock, the Citizens Committee for the Right to Keep and Bear Arms said today.

China’s State Council Information Office in Beijing criticized the United States’ human rights record because of this country’s high level of firearms ownership. In their report, the Chinese alleged, “The United States prioritizes the right to keep and bear arms over the protection of citizens’ lives and personal security and exercises lax firearm possession control, causing rampant gun ownership.” 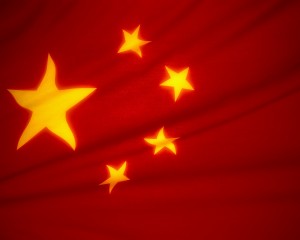 An outraged CCRKBA Chairman Alan Gottlieb noted, “It’s appalling that the Chinese complain that our constitution and Bill of Rights allows wide civil liberties latitude, including the right to keep and bear arms.” He accused the Chinese of engaging in world class hypocrisy by complaining about poor human rights in another country.

“The Chinese have hardly set a sterling example for protecting and advancing human rights,” he observed. “Perhaps what offends them most is that our Second Amendment was authored to prevent this country from going down the same road toward totalitarianism that rulers in the People’s Republic have embraced. We are not like China, and we will never be likeChina so long as American citizens retain their right to keep and bear arms, and they know it.”

The Chinese also criticized this country’s crime rates, to which Gottlieb responded that in the United States, citizens accused of crimes have the right to a fair trial, legal counsel and judgment by a jury of their peers.

“We don’t imprison political dissidents simply for speaking their minds,” Gottlieb noted. “We consider people to be innocent until proven guilty beyond a reasonable doubt, not the other way around. We afford an array of legal rights to people accused of crimes. Of course we don’t have a perfect system or a perfect country, but it’s better than all the rest. When was the last time we saw an American asking the Chinese embassy for political asylum?”