The all-new Cigar Advisor is (according to a statement) “an online cigar magazine that brings a fresh, irreverent, and down-to-earth perspective on all things cigars to thousands of smokers. In addition to educational cigar content and behind-the-scenes cigar industry articles from some of the business’s top names, Cigar Advisor delivers an array of content about a variety of topics of interest to people who enjoy the cigar lifestyle. The magazine also features cigar reviews and ratings submitted by real smokers.” 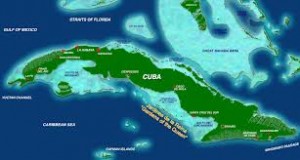 Cigar Advisor has just published a new feature article by noted cigar manufacturer, attorney, and CigarAdvisor contributor, Charlie Toraño, of Torano cigars, on his views regarding the Embargo versus Cuba. Entitled “Making the Case: Why the Embargo Against Cuba Should Rightly Continue,” Charlie Toraño argues that the United States’ embargo against Cuba, established in 1962 by President John F. Kennedy, holds the key to economic and personal liberty for Cuban citizens. “I was extremely interested in writing this article,” Toraño explains, “because both my maternal and paternal grandparents came from the island. My maternal grandfather was an attorney, and fled the country not long after Castro marched on Havana. My paternal grandfather, however, was one of the largest growers of Cuban tobacco leaf. He resisted for as long as he could, but eventually he was forced to turn over his tobacco farm to the State at gunpoint.” Toraño writes that for him and many others in his and his parents’ generation, the “Cuba Question” is an extremely personal topic. But in the end, he argues that lifting the embargo would only empower the State, to the detriment of the people. “We cannot give up on the dream of a free Cuba by substituting that dream for one of having a rum and Coke and smoking a Cuban cigar in Havana,” he writes. Cigar Advisor magazine is a digital publication created for real cigar enthusiasts who love tobacco and live the lifestyle. Cigar smokers are passionate about almost everything they do – whether it’s the drinks they savor, the food they devour, the cars and motorcycles they dream of, the sports they’re fanatical about or the women they love, Cigar Advisor shares those passions with a razor-sharp edge, soaking up each day and experience as if it were our last. Find that passion and more on display at CigarAdvisor.com.