By BOND, Special for US Daily Review. 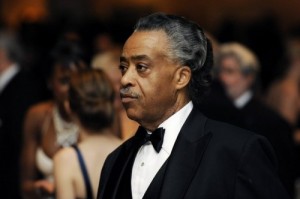 On Feb. 26, Trayvon Martin, 17, was shot and killed near his home in a gated community in Sanford, Florida by Hispanic neighborhood watch leader, George Zimmerman. Rev. Al Sharpton, The Congressional Black Caucus and the NAACP have all condemned the shooting and labeled it a racially-motivated “hate crime.” Rev. Jesse Lee Peterson, Founder and President of BOND, the Brotherhood Organization of A New Destiny, released the following statement regarding this issue:

“It’s hypocritical for so-called black ‘leaders’ to call for the prosecution of George Zimmerman and accuse the police of racism without knowing the facts. Black-on-black crime takes place every day. And blacks kill whites in far greater numbers than whites kill blacks. Yet, we only see these leaders and their hypnotized black followers worked up when a black is victimized by another race. This is racist and evil.

“Where were the NAACP, Al Sharpton, the Black Caucus and black ministers when black flash mobs were terrorizing the city ofPhiladelphia and attacking whites and others? It was so bad that Mayor Michael Nutter threatened to jail parents if they were not willing to get their thug children under control. In Kansas City, a 13-year-old white kid was attacked by two black teens who poured gasoline on him and set him on fire saying, ‘you get what you deserve, white boy.’ If these leaders were sincere, they would condemn crime across the board.

“I’ve said for the last 22 years that most black Americans are brainwashed. The recent actions of these black leaders and their followers are not about justice—it’s about getting even with whites and gaining political power. This is black hatred of white people and a result of more than fifty years of brainwashing by racist civil-rights leaders.

“It’s unfortunate that the parents of Trayvon Martin would associate with the likes of Al Sharpton and allow their loss to be exploited. Just imagine the support they would receive from Americans of all races if they rejected hate and called for calm and due process to allow the truth to come out.”