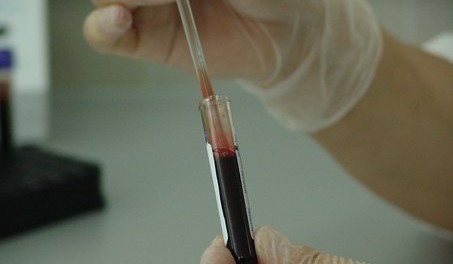 Paternity testing is increasing in popularity, and for a whole variety of reasons. Sometimes it’s just for personal reasons, giving peace-of-mind and dispelling any doubts. Other times it’s more serious, with the results affecting legal/court cases and even people’s lives  afterwards.

Advances in DNA testing have given us at home tests which are quick and easy to use. These are popular amongst home users because they’re so cheap and accessible, while also being easy to use. With an estimated 4% of men being tricked into raising somebody else’s child, it’s easy to see why paternity testing is on the  rise.

Outside of personal reasons, there are also legal situations which could require DNA testing. Today we’re going to take a look at the five most common cases that require paternity  tests.

Relationship breakdowns often result in child custody hearings. Sometimes there are doubts over whether the father is even the actual father. In these cases, custody won’t be given to the prospective father until a DNA test proves his paternity – for obvious reasons. Having accurate testing done is the only way around this, as DNA never  lies.

When a loved one passes away, it’s often a stressful time before inheritances are even considered. Sometimes there’s the added stress of the inheritance itself being disputed. With inheritance disputes consistently rising, one of the main methods used to question inheritance is to question paternity. If you aren’t really your father’s child, how can you inherit their belongings? This is another situation where you need clear proof to make your claims  stick.

Originally the immigration authorities would request a lot of different paperwork to prove family relations when it comes to immigration cases. They wanted to be sure the prospective immigrant is actually a blood relative of a current citizen before allowing them into the country. Nowadays we have better technology, which the immigration department has taken advantage of. A simple DNA test can prove paternal/maternal or even sibling relations. This makes it much easier and a lot more reliable for the government to figure out who should be allowed in and who  shouldn’t.

Up to 2.5% of American under 18’s are raised by adoptive parents, meaning 1 in 40. That’s quite a significant number in a nation of over 300 million people. Some of these children will eventually want to discover more about their biological parents. While they may be able to track their parents down through information given to them, it will still take a paternity/maternity test to prove parenthood. Without this there is no legal proof that the child’s parents are in fact who they claim to  be.

Perhaps the most common reason for testing is child support. Many men have doubts over whether the children they have been raising are biologically theirs or not. Likewise, many women want to prove the paternity of their children in cases where the father is denying it. In either situation, testing will give a definite  answer.