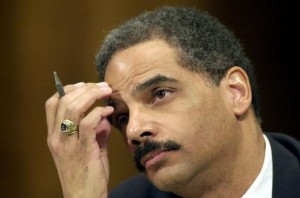 Eric Holder has committed serious breaches of conduct, dereliction of duty, and offenses that Congressman Olson hopes this Congress will hold him accountable for:

Since President Obama won’t fire him and he won’t resign, Congress must take action on behalf of the American people.  We have a system of checks and balances for this very reason and Congressman Olson intends to fight this battle for the American people until we can once again have an Attorney General who truly defends the Constitution and the American people.