Connie Mack has a “knack” of telling it like it is. This was released from his office yesterday: 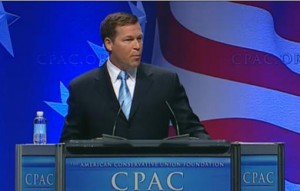 In what has become an all too predictable pattern, formerMassachusetts Congressman and Hugo Chavez sympathizer Joe Kennedy has once again launched television and radio advertisements praising Venezuela’s socialist dictator, Hugo Chavez. And once again, Congressman Connie Mack (FL-14), Chairman of the Western Hemisphere Subcommittee and Congress’ leading critic of Chavez’s dictatorship, has admonished Kennedy for continuing to publicly laud the Venezuelan strongman.

Mack stated: “It’s beyond shameful that Joe Kennedy continues to line his pockets with a salary from CITGO and use our nation’s less fortunate as a PR mechanism for Hugo Chavez. If Joe Kennedy really wanted to help those who need it, he should support the building of the Keystone XL Pipeline from Canada and the 20,000 good-paying private sector jobs that would result from it.”

The full text of Chairman Mack’s letter is below:

I am both outraged and saddened that I have to write you again to urge that you immediately cease your new ad campaign in support of Venezuelan world-class dictator Hugo Chavez, a man who suppresses the basic human rights of his people and has a strategic military alliance with Iran which threatens the security of the U.S. in our own backyard. Using our nation’s poor and disadvantaged as political tools to advance the cause of Hugo Chavez is shameful.

Subsidizing the nation’s unemployed with corrupt petroleum is neither the long term economic nor the national security solution our nation needs.

Instead, you should join with me in advocating for the building of the Keystone XL pipeline, which would eliminate any need to for America to purchase oil from Venezuela. Keystone not only would provide America with oil from our ally Canada, but also provide an immediate 20,000 private sector jobs to our fragile economy.

Only you can answer the question as to why you continue the pro-Chavez campaign: for the money, for the craving for the spotlight? I would imagine there would be many avenues at your disposal to help the needy instead of allying yourself with Chavez and Mahmoud Ahmadinejad.

Hugo Chavez is presently shipping two cargoes of gasoline per month to Iran in direct violation of Comprehensive Iran Sanctions Accountability and Disinvestment Act of 2010, so in effect what your campaign purports to do is turn a blind eye to U.S. law and use the profits of the sale of gas to Iran to fund your pro-Chavez campaign and line your pockets. This is certainly not a Profile In Courage.

The American people and I anxiously await your ending of the pro-Chavez campaign and instead supporting the construction of the Keystone XL pipeline.