The Conservative electoral wave of 2010 seems to be alive and well and headed toward the Senate.  Groups representing all aspects of the movement declare that the 2012 Conservative takeover that began in Indiana when Richard Mourdock ousted 36 year-incumbent Richard Lugar, must continue in Nebraska this Tuesday.

Diverse conservative groups, Eagle Forum, Gun Owners of America, FRCAction and FreedomWorks are, according to a joint statement “uniting behind State Treasurer Don Stenberg because of his proven record, having delivered on his promises to conservatives each of the four times he has been elected to statewide office.  The groups issued the following statements: 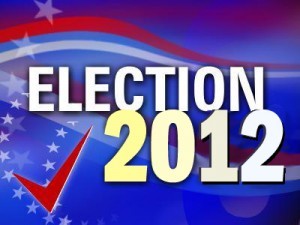 FRCAction PAC
“Don Stenberg is a known quantity, and he is known as a warrior for marriage and the unborn, having defended Nebraska’s partial birth abortion bill all the way to the Supreme Court. He is also a warrior on the fiscal front, as he fought to keep costs under control as Nebraska’s Attorney General and Treasurer.”

FreedomWorks
Stenberg has a record of standing strong against interventionist economic policies, such as cap-and-trade and ObamaCare. A critic of excessive government spending before it was fashionable, Stenberg decried Republican big-spending initiatives such as Medicare Part D, No Child Left Behind, and corporate bailouts.  We know we can count on him to take a stand for our economic freedom, even if it means standing against his own party.

Gun Owners of America
Gun Owners of America stands with Don Stenberg who is strong on all the issues, especially appointees and nominees that shape policy for generations.  He is the polar opposite of Jon Bruning, who wrote a letter supporting the nomination of Attorney General Eric Holder, and continues, unapologetically to stand by his support for Eric Holder despite many calls to renounce it.  Even in the face of Congressman Darrell Issa’s impending Contempt of Congress charges, Mr. Bruning still wants to go along to get along.  This is exactly what is wrong with our party and Establishment candidates like Dick Lugar, who recently was defeated by another staunch conservative.

Eagle Forum
“With the possibility of two to three vacancies on the Supreme Court and hundreds of other federal benches over the next four years, we must elect conservatives with the backbone to stand up against nominees who don’t share our values.  Don Stenberg is the only candidate in this race that we know will take such a stand.”

Stenberg is also endorsed by Kentucky Senator Rand Paul and Utah Senator Mike Lee, both of whom were elected in the 2010 conservative wave, as well as Senator Jim DeMint’s Senate Conservative Fund and the pro-business Club for Growth.