Bauer, the chairman of the Campaign for Working Families, made the following statement: ” Mitt Romney’s speech this morning at Liberty University should encourage all Americans who know and understand that the most enduring wealth of 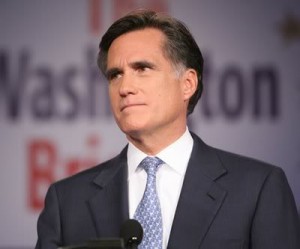 our nation resides in our hearths and homes. His compassionate defense of marriage between a man and a woman and his call to protect the innocent unborn will strike a cord with millions of Americans of both parties. Value voters had much to cheer. It was grand slam.”

“Today’s address was a tremendous opportunity for Governor Mitt Romney to communicate to social conservatives through one of the largest conservative evangelical venues in the country and Mr. Romney seized it by emphasizing the shared values he holds with evangelicals even while acknowledging theological differences. In his well-delivered speech, he accentuated the core values issues that are essential to a strong nation and of great importance to evangelicals. None of these are more fundamental than marriage as the union of one man and one woman.

“Mitt Romney picked up on the message that energized Rick Santorum’s campaign: America’s financial greatness is directly tied to moral and cultural wholeness. Mitt Romney’s address gives me a sense of hope that he will build on this message at a time when millions of voters are reeling from President Obama’s endorsement for redefining marriage.

“I commend the students who were very respectful even though some had expressed reservations about Mitt Romney as a commencement speaker. This was a good day for Liberty University and a great day for the legacy of Liberty’s founder, Dr. Jerry Falwell,” concluded Perkins.