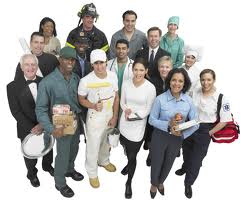 The fact that conservatism champions traditional moral principles passed down through history is perhaps one of the most distinctive emblems of the ideology. Conservatives have a profound reverence for the rule of law—which is demonstrated by the originalist perspective to the Constitution to which the right adheres.

The left, by contrast, is much more progressive. While leftists are uncompromising and ideologically rigid in their attempts to transform America into something wholly different than what the Founding Fathers of the country envisioned, they are clearly progressive in their openness to transform their tactics in order to undermine the fundamental principles of America. The left’s lack of sincere devotion to any timeless principles makes their chameleon-like tactical makeovers painless to accomplish and especially insidious.

Indeed, history is a very important political consideration. However, if conservatism is going to have a serious impact on American culture in the future, the conservative love for history must have its limitations. In other words, while conservatives must continue to steadfastly hold to time-tested, core principles of limited government, constitutional restrictions on federal power, states’ rights, and individual responsibility, conservatives must be careful not to be stymied by adhering to antiquated models of politics that have depreciating relevance in a shifting political scene.

Certainly, the conservative ideology should not change, but the strategies and methods that conservatives utilize must evolve with changing times. The conservative admiration for the days of yore should not strangulate the creativity needed for conservatism to make an impact in a changing country—and, indeed, changing world.

The conservative tendency towards adhering to antediluvian political outreach models vis-à-vis minority groups is one of the key impediments to the future of conservatism. It is a fact that minorities in the United States are going to become ethnic majorities in the future, particularly due to the fact that fecundity among minorities outpaces that of whites. It is expected that whites will become a minority within the next four decades. If conservatism does not begin to permeate through minority groups now, it is going to be a far more difficult task to convey conservative ideas to these communities once these groups become a majority of the American populous. If that becomes the case at such a point in the future, the right would be left with one option: praying these groups stay away from the polls in large enough numbers.

Lackadaisically leaving minority groups to liberals to indoctrinate with their nonsense history and political rhetoric is patently foolhardy. While Republicans proceeded with such a disastrous policy in the past and have gotten away with it, these groups are now rapidly growing—and the electoral patterns of these groups are going to have much more sway in American politics than Republicans are equipped to deal with. In order to survive the impending demographic shift that is about to occur in America, the Republican Party needs to have more than simply a sprinkling of minorities in its ranks.

One disastrous idea that has impeded the promulgation of conservatism in the black and Hispanic communities is the preposterous left-wing idea of post-racial colorblindness. Conservatives have inexplicably adopted this deeply Orwellian theory as one of the crucial elements in their approach to race. This idea of not talking about race in any respect is an interesting theory, but, in practice, it has yielded only disastrous outcomes.

Due to the fact that liberals have fruitfully used demagoguery and carefully constructed revisionist history to advance their ideas and bamboozle minority communities into voting Democratic, to adhere to a colorblind theory is to essentially cede all political authority to liberals on the issue of race. How can one effectively impugn liberals for the caustic effects of their policies on minority communities if one is blind to color? It is a strategy that is manifestly designed to fail in a political arena where looking at things through a racial lens leads to many powerful arguments—and these arguments are generally in favor of conservatism, while showing liberalism under a devastatingly unflattering light.

Yes, conservatives must adhere to time-tested traditional principles; however, rigidly adhering to ancient political modes of operation, even when they are yielding poor results, is a hopeless strategy to push the conservative ideology in a country that is subject to rapid demographic and political change.

Chidike Okeem is a freelance writer. You can reach him at mrokeem@gmail.com. He blogs at http://www.voiceofchid.com.