Dan Stein, president of the Federation for American Immigration Reform (FAIR), called today’s ruling by the U.S. Supreme Court upholding a key provision of Arizona’s immigration enforcement law, SB 1070, “an important victory for the people of Arizona and citizens everywhere who want their jobs, tax dollars and security protected from mass illegal immigration. 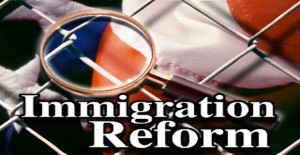 “The United States Supreme Court has made it very clear that state and local governments have an important role to play in enforcing federal immigration laws. Even if the Obama administration refuses to enforce most immigration laws, states have the power to deter and discourage illegal aliens from settling or remaining within their jurisdictions,” continued Stein.

Coupled with last year’s ruling, upholding Arizona’s requirement that all employers check the employment eligibility of the people they hire using the federal E-Verify system, states now have broad latitude to carry out a policy of attrition through enforcement.

FAIR’s legal team is carefully reviewing today’s ruling and will issue a detailed analysis of what it will mean for the future of immigration enforcement.