Illinois’ long-delayed Parental Notice of Abortion Act will finally go into effect within a matter of days thanks to the Illinois Supreme Court’s unanimous ruling this morning that the law does not violate the Illinois Constitution. Under the Illinois law, passed in 1995 but never put into effect, a parent or guardian must be notified at least 48 hours before a child under the age of 18 undergoes an abortion. The Thomas More Society has been involved in the case since 1996. 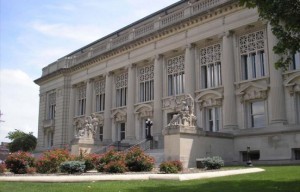 “This is a huge victory for the rights of parents not only in Illinois but in all Midwestern states when abortions are sought by minors,” said Tom Brejcha, President and Chief Counsel of the Thomas More Society.

The Supreme Court’s decision represents the successful culmination of an almost nine-year effort by Thomas More Society special counsel, constitutional scholar Paul Linton, to have the law enforced. Linton met with Illinois pro-life leaders at the end of 2004 to develop a strategy for reviving the parental notice law, which had languished in legal limbo for many years because the Illinois Supreme Court declined in 1995 to adopt a needed rule for confidential “bypass” hearings and expedited appeals for minor girls who were either deemed “mature” or made credible claims of family abuse. For lack of that rule, federal courts held the law to be unconstitutional and enjoined its enforcement in February 1996. Linton and several pro-life leaders enlisted then-DuPage County State’s Attorney Joe Birkett to assist in the effort. In 2006 Birkett and the Thomas More Society petitioned the Illinois Supreme Court to adopt the needed procedural rule. Shortly thereafter the Supreme Court adopted the rule needed to put the law into effect.

The American Civil Liberties Union fought against the law, despite the new rule, on other federal constitutional grounds. The Thomas More Society was involved in the litigation when Peter Breen, then its Executive Director and Legal Counsel, recruited two downstate State’s Attorneys to intervene in the case to ensure a vigorous defense for the law in the state and federal courts. The ACLU ultimately lost their final federal challenge before the Seventh Circuit Court of Appeals in Chicago in July 2009. Yet, a day before the parental notice law was to go into effect in late 2009, the ACLU filed a new state court lawsuit claiming the statute violated the Illinois Constitution of 1970. The state trial court rejected ACLU’s suit, but the Appellate Court reversed and sent the case back down to the trial court for further proceedings. Both the Attorney General and the Thomas More Society then filed petitions for review by the Illinois Supreme Court. Both petitions were granted in November 2011. Linton, author of a widely acclaimed legal treatise Abortion Under State Constitutions, authored the Thomas More Society’s friend-of-the-court brief on behalf of over twenty Illinois State’s Attorneys in defending parental notice. Linton also orally argued in defense of the law before the Supreme Court on behalf of the two State’s Attorneys who had attempted to intervene in the case to bolster defense of the law.

According to Thomas More Society, the ACLU’s repeated challenges to the constitutionality of the Illinois parental notice law had resulted in Illinois becoming a “fugitive” abortion state – a “dumping ground” for out-of-state minors’ abortions. Until now, Illinois was the only Midwest state without a parental notice or consent law in effect. According to Thomas More Society, this allowed thousands of abortions to be performed in Illinois on non-resident minors who crossed state lines, often accompanied by the adults who impregnated them, to evade their own state’s parental notice or consent laws.