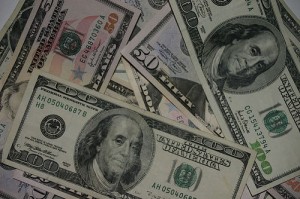 On Tuesday’s Price of Business, Kevin Price and Kent Batman will interview Tony Meggs, President and CEO of Medi-Share. Want to find out how to be exempt to Obamacare? Than listen to this important interview at 8 am CST, here.

On a recent Price of Business, host Kevin Price and contributor, Kent Batman interviewed Rich Lorenzo of Silver Saver about a strategic partnership being developed  to make it easier to save and invest with precious metals.

Hear the interview with Kevin Price, Kent Batman, and Tony Meggs on how to exempt yourself from Obamacare.

Kevin Price and Kent Batman are working with Silver Saver to make the purchase of precious metals affordable for people everywhere. For details on how the program works, check here. This joint venture is called “K and K Prep”.

There are many ways to invest in precious, but the program Kevin and Kent are using (in their new entity called K and K Preparation) approaches simply make sense:

* Gives you a unique, safe and practical way to build savings in a time-tested and tangible asset.

*  Our simple and straightforward process takes the complexity out of diversifying your savings strategy.

Again, check it out here.

Kevin Price on the “Monetary Tax”

The massive bailouts of 2008 and 2009 (and continuing today) not only changed the way our nation conducted its fiscal policy, but its monetary policy also.  The enormous amount of spending by our government — at a pace that increases the deficit annually at a rate higher than our total debt a few decades ago — has been breathtaking to observe.

As a result of such spending, government is mass producing money to pay its bills.  The government loves this approach to solving its problems for several reasons.  First of all, since the government prints the money and release it first, it enjoys this “funny money” at its highest value.  It is only after it circulates through the economy that it loses its spending power and reduces the value of all other dollars in the market.  Inflation is defined as “too much money chasing too few goods.”  High prices is only one of the many symptoms of such a policy.  In addition, inflation plays on the ignorance of a population who has no idea that these increases in prices are caused by the mass production of devalued dollars.  Most voters will blame businesses for their “greed” and price raising, not the politicians who make such a phenomenon necessary.  Simply put, every new dollar pumped into the economy takes away the value of all the dollars in the market, unless there is a comparable increase in productivity.

In one day in 2009, the United States took a chapter out of Zimbabwe’s playbook by pumping $1.2 trillion into the money supply in an attempt to pay off its bills. Many Americans have (rightly) been alarmed by the more than $1.5 trillion we have seen in bailouts. According to the Washington Post, these inflationary efforts have the potential of being much more far reaching, noting that “combined with the billions already deployed by the Fed, the new money dwarfs even the biggest government bailouts of financial companies.”

Historically, this type of monetary policy leads to the kind of inflation that we have seen in history books, where it is cheaper to use money for wallpaper than to buy it or it requiring a barrel of money to buy a loaf of bread.  Printing worthless money will not make our problems away, but make issues we never imagined.

* Sponsored by the Price of Business Show, Business Talk 1110 AM KTEK, Houston.