Editor’s Note: Cuba has been a significant producer of sports talent for decades, particularly in the area of baseball.  It is particularly strong in light of its small population..  However, one of the challenges the small island regime is facing is that it appears that when a sports talent in the country gets an opportunity to live for both freedoms and profits, they are quick to do so.  This article provides a unique perspective — from Taipei, Taiwan, which has long had an interesting view of the impact of communism on society:

Cuba has become accustomed to the cream of its sporting talent defecting to the US and now it is considering the once unthinkable: the free market.

Cuba has always had a problem keeping its prodigious sports and cultural talent on the island, not to mention its doctors, lawyers and other professionals.

Appeals to patriotism have proved only partially effective, so a new solution is being considered to combat the problem. As Cuban President Raul Castro’s government embarks on a wide-ranging initiative to let more people work for themselves instead of the state, there are increasing calls for the same to apply in sports.

Cuba must find a way to “stop the robbery of players,” baseball great Victor Mesa said in comments reported by state media.

While hundreds of thousands of Cubans are suddenly going into business for themselves, he said, it is unfortunate “there is no proposal to contract athletes to play abroad.”

Mesa, who manages Matanzas in the Cuban National Series, said he… (read more 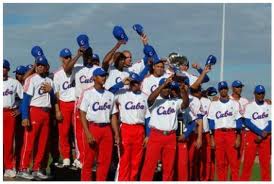