By Heritage Foundation, Special for US Daily Review.

Last week, the U.S. Department of Justice acknowledged that its Bureau of Justice Statistics website had been hacked. The hacker group Anonymous claimed credit for the hack and published 1.7 gigabytes of data, including internal e-mails which possibly contained personal or sensitive information related to crimes, criminals, and crime victims. 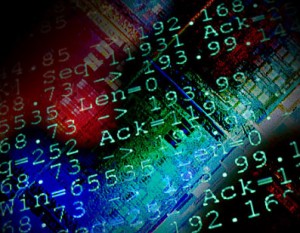 This was one of several incidents just added to The Heritage Foundation’s new report listing cybersecurity breachesaffecting U.S. government systems from 2004 to the present. Another new hacker incident hits closer to home for many.

On the Friday before the Memorial Day weekend, it was disclosed that the Thrift Savings Plan (TSP), where federal employees bank their pension money, had been breached. Data from more than 120,000 individuals was stolen in a “sophisticated cyber attack.”

The data lost included Social Security numbers, names, addresses, and in some cases financial information about the account. That combination of data is useful to the thief as a means of falsely claiming a TSP participant’s identity.

This ever-growing list of government cyber failures should be a warning to those who think that a top-down, government regulatory regime is the best way to protect our nation from attack. Regulating cybersecurity would impose potentially massive costs on the private sector while providing questionable improvements in security.

If this list is any indication, the government doesn’t have all the answers. A real cybersecurity solution would start with collaboration: clarifying legal ambiguities and encouraging the sharing of cyber threat and vulnerability information among the private and public sectors.

Cybersecurity is a growing problem for the federal government.According to an October 2011 report by the Government Accountability Office, the number of attacks on federal systems grew by nearly a factor of 10 from 2006 to 2010.

By all accounts, the frequency of breaches does not seem to be getting any lower in the last two years, as the breach of the TSP demonstrates.

Hacking and cyber attacks are here to stay, and the U.S. should pursue sensible solutions.