By Michael LaFaive, Special for USDR.

The city of Detroit announced it has filed for bankruptcy. Gov. Snyder must still approve of the move. If he does, it is a sad day in the long decline of a once powerful city.

It did not need to come to this.

Warning signs were everywhere and only increased in intensity in recent years. As early as 2000 this author published an entire issue of the Mackinac Center’s flagship publication Michigan Privatization Report dedicated to Detroit’s fiscal problems and related solutions.

I warned city leaders that “If Detroit’s future expenditures were relatively stable, this financial snapshot still would be cause for concern. But the city is looking at two new outlays of monstrous proportions: funding the pension obligations of current and future city employees, which could cost up to $3 billion, and fulfilling requirements under several federal environmental acts, which will cost billions more.” 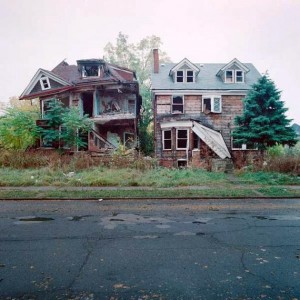 In other words, the Center gave Detroit officials a 13-year heads up on the cost of their future pension obligations and the difficulty the city may have in funding them. Today those obligations probably contributed to the decision to seek federal bankruptcy status.

The handful of ideas presented for reform in 2000 would have saved Detroit $207 million annually, generated a windfall of at least $2.4 billion from the sale of assets and netted an additional $15 million annually from the sale of just two properties. The Michigan Privatization Report issue recommended selling both Belle Isle ($370 million) and Cobo Arena ($50 million). Both of those are conservative figures.

In 2005, I wrote an op-ed in The Detroit News titled, “Detroit Can’t Postpone Reforms: Here are five ways the city can restore prosperity and avoid state receivership.”

Instead of aggressively facing their problems and fixing the city’s mismanagement issues, city officials continued to ignore and delay reforms until a consent agreement, an emergency manager and a bankruptcy filing were needed.

Michael LaFaive is director of the Morey Fiscal Policy Initiative for the Mackinac Center for Public Policy, where he has worked for more than 15 years. Learn more about him and the Center, here.