An organization that describes itself as being for free markets and economic liberty has released a scathing report about technology giant, Apple Inc.

Every day, the left is exhorting American businesses to “pay their fair share” when it comes to taxes. Yet when the left’s darling, Apple, engages in the very behavior the left decries, they want to excuse Apple by saying that they’re merely following the law.  We agree that this is the letter of the law, and recognize that everyone wants to pay lower taxes. But Apple cannot be excused when they avoid doing what America’s other job creators are obliged to do. The fact of the matter is the resulting $9 billion in uncollected taxes is enough to cover the health and safety programs being cut by the sequester. 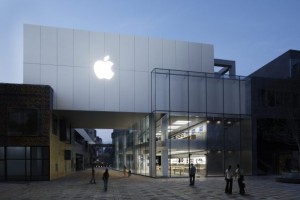 None of us like taxes, but for one of the largest U.S. companies to use schemes and tactics to protect its income from the IRS is unpatriotic, and in the case of Apple, it led to a significant shortfall in government revenues. Even the most conservative estimates of what Apple sheltered would have brought billions to federal coffers – money that could’ve saved many health and safety programs from the sequester’s chopping block. Programs like early childhood education through Head Start, public housing support, and health research at NIH all are victims of “The Apple Sequester.”

Apple insists that they didn’t skirt the law – and that what they did was within the letter of the law. Even if that’s true, their actions are profoundly un-American and especially insulting since millions of Americans support their company.