By Ernst & Young, Special for US Daily Review. 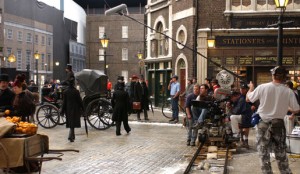 “The primary benefits of film credits to state residents are increased employment and higher incomes generated by film production activities,” said Robert Cline, Ernst & Young LLP’s National Director of State and Local Tax Policy Economics.  “However, the economic benefits to residents extend beyond the production activities themselves and include increased activity by suppliers to the film industry and increased consumer spending from higher incomes.”

The Ernst & Young LLP report discusses film credit studies in various states that differ significantly in methodology, comprehensiveness in measuring economic benefits and in the measures used to evaluate the effectiveness of film credits in generating jobs and incomes.  The most comprehensive studies measure the economic impacts from credit-assisted film productions, increased tourism, development of a sustainable film industry infrastructure and additional film productions not eligible for the credits.  The comprehensive studies also include estimates of the additional state and local taxes from increased jobs and incomes.

As state tax shortfalls have grown and budgets have been cut, legislators have been forced to weigh expenditures on film credits with those on other types of economic development programs and more general state spending. The Ernst & Young LLP report discusses the framework for evaluating the effectiveness of film credit programs.  The primary objective of the programs is to increase private-sector economic activity. This is a broader perspective for evaluating a film credit’s effectiveness than simply asking if a credit “pays for itself” by generating additional state taxes that exceed the state cost of the credit.

The study was co-authored by Andrew Phillips and Robert Cline of the Quantitative Economics and Statistics Practice (QUEST) of Ernst & Young LLP and William Fox of the Center for Business and Economic Research at the University of Tennessee on behalf of the Motion Picture Association of America (MPAA). A copy of the complete report is available at www.ey.com.