The following is a statement by Noam Chomsky:

It is heartening to hear that the exposition of facts on the publicly available web site, http://www.inventorofemail.com is helping the public validate that a 14-year-old boy invented email in 1978, while working in Newark, NJ. What continue to be deplorable are the childish tantrums of industry insiders who now believe that by creating confusion on the case of “email”, they can distract attention from the facts. 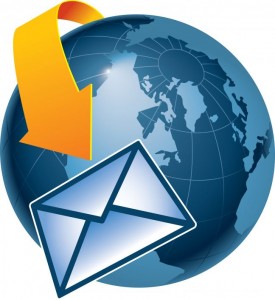 In languages such as FORTRAN IV, it was conventional and a well-known fact that names of programs, variables and subroutines were typically written in upper case — thus the convention of “EMAIL” to refer to the main subroutine name of the program V.A. Shiva Ayyadurai developed.  By the source code submitted to the US Copyright Office and by the documents provided to the Smithsonian, email’s intention and origin was to replicate electronically the interoffice, inter-organizational mail system.  These are indisputable facts, as I have referred to in my earlier statement.

Note by the Copyright Act of 1976, once a work is in publication it is protected.  In 1978, “email” was first coined and used by Shiva to name his program. According to the Oxford English Dictionary, in modern times, the date of origin of email is 1979, except for an old English reference to mean enamel in the 1500’s. The Merriam-Webster has the date of origin as 1982.  Note Shiva, received his formal Copyright registration in 1982.

As late as December 1977, Mr. David Crocker, one of Shiva’s detractors, part of the ARPAnet coterie, clearly stated in a report he authored, “…no attempt is being made to emulate a full-scale, inter-organizational mail system.”

Given the term email was not used prior to 1978, and there was no intention to emulate “…a full-scale, inter-organizational mail system,” as late as December 1977, there is no controversy here, except the one created by industry insiders, who have a vested interest to protect a false branding that BBN is the “inventor of email”, which the facts obliterate.

Email, upper case, lower case, any case, is the electronic version of the interoffice, inter-organizational mail system, the email we all experience today — and email was invented in 1978 by a 14-year-old working in Newark, NJ. The facts are indisputable.

Avram Noam Chomsky is an Institute Professor and Professor Emeritus in the Department of Linguistics and Philosophy at the Massachusetts Institute of Technology.