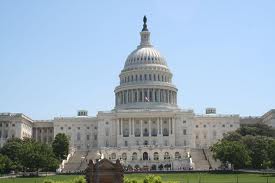 Having had lived  in Washington, DC for several years people have certain things that they are concerned about that are beyond their control.  There were always concerns of a hurricane that could strike the East coast, or the huge snow storm that could bring a city to a halt, and even a government shut down that would give public employees an unplanned vacation.  Okay, the last one can be prevented, but that was always hard to tell by the way politicians behaved.

One thing people in the Washington, DC beltway rarely — or ever — thought about was the possibility of an earthquake.  In recent years they have popped up in surprising places and such phenomenons are possible anywhere, but when I turned on the news this afternoon, I was surprised.  This is how this story is being covered in today’s news: