By US Daily Review. Contributions from Daimler and Nissan. 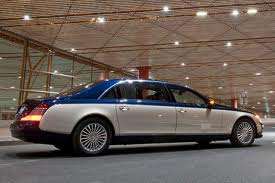 Daimler and Nissan will produce Mercedes-Benz 4-cylinder gasoline engines together at Nissan’s powertrain assembly plant in Decherd, Tenn. Production will begin in 2014, with installed capacity of 250,000 units per year once full ramp–up is achieved. The Decherd facility will produce engines for Mercedes-Benz and Infiniti models.

“This is the newest milestone in our pragmatic collaboration and our most significant project outside of Europe so far,” said Renault-Nissan CEO Carlos Ghosn. “Localized capacity reduces exposure to foreign exchange rates while rapidly enabling a good business development in North America – a win-win for the Alliance and Daimler.”
The collaboration marks the first production of Mercedes-Benz engines in the North America Free Trade region. The Tennessee plant’s strategic location and logistics links ensure a direct supply of engines starting in 2014 for the Mercedes-Benz C-Class, built at Daimler’s vehicle plant in Tuscaloosa, Ala.
“In the context of our Mercedes-Benz 2020 growth strategy, we have decided that we will expand the production capacities required for this close to the customers. Through the strategic extension of our cooperation with Renault-Nissan we can realize near-market engine production in the NAFTA region on attractive economic terms and make optimum use of synergies arising from the cooperation.” Dr. Dieter Zetsche, Chairman of the Daimler Board of Management and Head of Mercedes-Benz Cars, said. “Thus we are systematically broadening our manufacturing footprint in this important growth market.”
Nissan began powertrain assembly in Decherd in 1997. Today it manufactures 4-, 6- and 8-cylinder engines for the complete lineup of U.S.-produced Nissan and Infiniti vehicles. The plant also houses crankshaft forging and cylinder block casting operations. In 2011, Decherd produced more than 580,000 engines on a covered area of more than 1.2 million square feet (111,000 square meters).
Project portfolio expands
Daimler and the Renault-Nissan Alliance launched their strategic collaboration in April 2010, including an equity exchange that gives the Renault-Nissan Alliance a 3.1 percent stake in Daimler and Daimler a combined 3.1 percent interest in Renault and Nissan.
The collaboration began with three project pillars:
Since its founding in April 2010, the collaboration has been gradually expanded. In addition to the announcement this week about North American engine production, the companies had decided earlier to partner on:
All opinions expressed on USDR are those of the author and not necessarily those of US Daily Review.