Visits to emergency departments increased 60 percent faster than population growth over an 8-year period, and occupancy – or crowding – grew even more rapidly, mostly due to diagnostic tests and treatment intensity, according to a study published online yesterday in Annals of Emergency Medicine (“National Trends in Emergency Department Occupancy, 2001-2008: Impact of Inpatient Admissions Versus Emergency Department Practice Intensity”) http://bit.ly/NiGoBq. 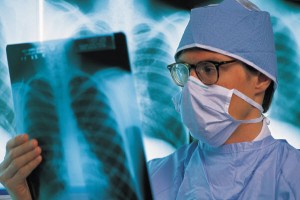 “We were surprised that ordering blood tests and administering IV fluids, along with other aspects of patient care, contributed more to crowding than advanced imaging,” said lead study author Stephen Pitts, MD, MPH, of the Department of Emergency Medicine at Emory University in Atlanta, Ga. “A rapidly rising tide of older, sicker patients combined with a an increasingly interventionist practice style is putting enormous pressure on a shrinking supply of emergency departments.  This has ominous implications for patient safety and access to emergency care in the U.S.”

Researchers analyzed patient data for emergency department visits from 2001 through 2008.  ER visits increased by 1.9 percent per year.  Mean occupancy – or crowding – grew by 3.1 percent per year.  Visits during traditional office hours increased significantly more than visits after hours.  Visits for Medicare patients and adults age 45 to 64 grew faster than any other group. Non-urgent use of the emergency department exerted little or no impact on crowding.

“Ironically, it is possible that innovations intended to speed patients through the ER – such as authorizing the early ordering of blood work and x-rays at triage – may be bogging down patient flow instead,” said Dr. Pitts.

Advanced imaging – often blamed for delays in emergency departments as well as growth in costs – grew by 140 percent over the study period. However, researchers found that the net impact of advanced imaging on crowding was smaller than that of several other throughput factors, including clinical procedures.

According to study co-author Jesse M. Pines, MD, MBA, of the Departments of Emergency Medicine and Health Policy at George Washington University in Washington, DC, “We have to consider the study’s findings in the context of the wider health care debate in this country. Lengthy work-ups in the emergency department are not always a bad thing if they prevent a costly hospitalization. The problem is that more and more demands are being placed on emergency departments and the mood in the health policy community is to shrink emergency departments, not grow them. While everyone would agree that preventing emergencies is ideal, policies designed to pinch off an already overwhelmed emergency care system are not.”