The political world was ROCKED by the news of the defeat of House Majority Leader, Eric Cantor (R-VA).  This is the type of victory that the Tea Party has looking for, the type of win to send a chilling effect through the GOP establishment.  The key issue that he won on? Immigration reform.  Here’s some of the thoughts from the primary winner, Dave Brat, on the subject: 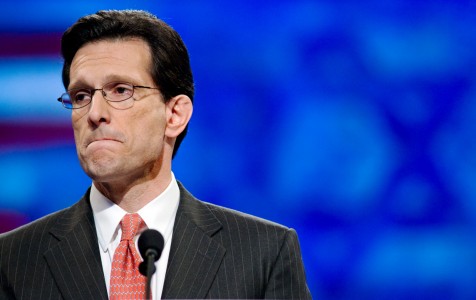 “The crisis on the border has reached epic proportions. Illegal immigrants are flooding across, overwhelming authorities. They are coming in pursuit of citizenship and amnesty promised to them by politicians like Eric Cantor. No one in Congress has more aggressively lobbied for amnesty than Eric Cantor, who claimed amnesty was required by the ‘great founding principles of our country’. Cantor wrote and endorsed the House Leaders’ amnesty plan, which the Wall Street Journal said contains the ‘major planks’ of the Senate amnesty plan. Indeed, Obama praised the Cantor plan, which would provide amnesty for an overwhelming majority of illegal immigrants.

“Now, in a shocking development, Eric Cantor has expressed his desire to pass an amnesty bill with President Obama before November. I repeat: despite pouring millions of dollars into his dishonest corporate-funded-and-created ads, Cantor has admitted his intention to pass a DREAM Act amnesty bill with President Obama’s help. Cantor’s absolute determination to pass amnesty knows no bounds.

“At the same time, Cantor continues to work with multinational corporations to boost the inflow of low-wage guest workers to reduce Virginians’ wages and employment opportunities. On this and many other issues – like spending, debt and insider trading — Cantor puts corporations ahead of his constituents and free markets.

“My urgent message tonight to the people of Virginia’s 7th District is this: don’t let Eric Cantor’s corporate donors buy this election and take away opportunities from Virginia’s struggling families, workers, single mothers, aspiring students, and people of all backgrounds living here today. A vote for Eric Cantor on June 10th is a vote for open borders and lower wages.

“I pledge to represent all Virginia workers, and tell Cantor’s corporate funders that we are reasserting control over our lives and futures. We have the power, working together, to recapture our American destiny.”