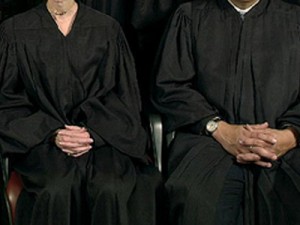 A new nationwide poll finds deep distrust of the American legal system, with only 26% of voters saying that the system provides timely and reliable resolution of disputes. A mere 6% of the electorate believes that the system should be kept as it is, while an overwhelming 92% want change. A solid majority of voters––74%––identified a possible solution to a clogged, unreliable, legal system: they believe judges should have the discretion to throw out claims without legal merit before they are allowed to go forward.  What may be the most interesting part of this survey is that these opinions existed before the court’s decision on Obamacare.

The survey was conducted by Clarus Research Group for Common Good, a nonpartisan government reform coalition, June 21-25, 2012. Additional findings include:

“Voters do not believe that the legal system is reliable, and they want change,” said Philip K. Howard, Chair of Common Good. “Distrust of justice corrodes daily dealings throughout society. The resulting defensiveness contributes to many of America’s social problems, from unaffordable healthcare to inadequate education to a sluggish economy. Overhaul of justice should be a top issue in the presidential election.”

The poll was conducted June 21-25, 2012, by Clarus Research Group, a nonpartisan survey firm based in Washington, D.C. The sample included 1,000 self-identified registered voters with a margin of error of +/- 3.1%. Interviews were conducted by live telephone calls, landline and cell.