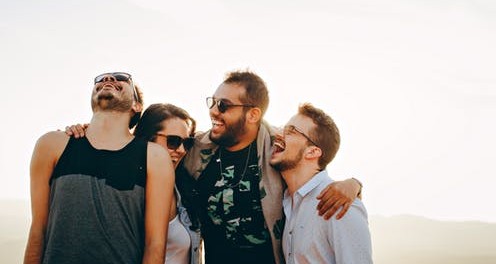 It’s a well-known fact that each generation makes a concerted effort to make sure they are as unlike their parents as possible. If your parents wore their hair short, yours must be long. If they preferred baseball, you must avoid it like the plague. Sometimes, though, old styles come back around, often when everyone thought they were gone for  good.

For a while, it seemed as if ballroom dancing was going to be relegated to the past, along with zoot suits and top hats. Then came the Swing revival in the late 90s, and Dancing With The Stars became a surprise hit in 2005. Suddenly, everyone was back in the studio, learning to Foxtrot and Tango. In 2018, ballroom dancing is still going strong, with ballroom dancers regularly making it to the top of the heap on So You Think You Can Dance and World of Dance. Today, you can still dance the night away at New York’s famous Rainbow Room, and you can find the best dance studios on Long Island and other parts of the city to hone your skills. And, by the way, top hats have made a  comeback.

The sport that is most often associated with elderly people on cruise ships is now making a comeback in clubs around the country. Jonathan Schnapp, the owner of the Royal Palms Shuffleboard Club in Brooklyn, New York, found that, when he visited the St. Petersburg Shuffleboard Club (Founded in 1924) In St. Petersburg, Florida, the place was packed with young people, and he set out to revive the sport in his hometown. The Royal Palm has recently opened a second location in Chicago, and, from there, who  knows?

Pinups have probably never really gone out of fashion, but young women today are embracing the old pinup girl look, complete with flowers in their hair, bright red lipstick, and 40s style clothing and accessories. Adding a modern touch to the old look, it is not uncommon to see a 40s style hairdo in bright pink, blue, or rainbow colors. Visit the best hair salon in the financial district for a modern-retro ‘do for your night of  dancing!

Food delivery, of course, has never gone out of style, but increasingly, Millennials are using some delivery services associated more with their grandparents’ generation. Concerns about the environment have made many young parents turn back to cloth diapers, delivered by an old-fashioned delivery service. Milkmen are also starting to appear more, thanks to Millennials’ desire for locally sourced, fresh  foods.

According to some wedding planners, elegant weddings are going to be popular this year, and even the trendy barn wedding will be less rustic, with more emphasis on greenery and flowers. So, caterers and planners, don’t lose the phone number of the tuxedo wholesaler just  yet.

Do-it-yourself is not just for people who can’t afford to buy things. Social media allows anyone to share their favorite handmade creations, and people of all ages are trying their hands at making their own clothing, furniture, home decor, and just about everything else. Thanks to Facebook, we can see their spectacular fails, as well as their successes, and hopefully, learn from them before we try our own DIY  projects.