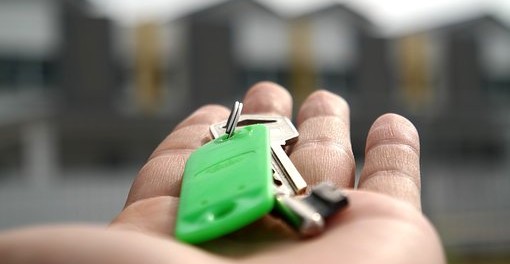 By  National Association of Realtors, Special for  USDR

Existing-home sales increased in October to their strongest pace since earlier this summer, but continual supply shortages led to fewer closings on an annual basis for the second straight month, according to the National Association of  Realtors®.

Total existing-home sales1, https://www.nar.realtor/existing-home-sales, which are completed transactions that include single-family homes, townhomes, condominiums and co-ops, increased 2.0 percent to a seasonally adjusted annual rate of 5.48 million in October from a downwardly revised 5.37 million in September. After last month’s increase, sales are at their strongest pace since June (5.51 million), but still remain 0.9 percent below a year  ago.

Lawrence Yun, NAR chief economist, says sales activity in October picked up for the second straight month, with increases in all four major regions. “Job growth in most of the country continues to carry on at a robust level and is starting to slowly push up wages, which is in turn giving households added assurance that now is a good time to buy a home,” he said. “While the housing market gained a little more momentum last month, sales are still below year ago levels because low inventory is limiting choices for prospective buyers and keeping price growth  elevated.”

Added Yun, “The residual effects on sales from Hurricanes Harvey and Irma are still seen in parts of Texas and Florida. However, sales should completely bounce back to their pre-storm levels by the end of the year, as demand for buying in these areas was very strong before the  storms.”

Total housing inventory3 at the end of October decreased 3.2 percent to 1.80 million existing homes available for sale, and is now 10.4 percent lower than a year ago (2.01 million) and has fallen year-over-year for 29 consecutive months. Unsold inventory is at a 3.9-month supply at the current sales pace, which is down from 4.4 months a year  ago.

“Listings – especially those in the affordable price range – continue to go under contract typically a week faster than a year ago, and even quicker in many areas where healthy job markets are driving sustained demand for buying,” said Yun. “With the seasonal decline in inventory beginning to occur in most markets, prospective buyers will likely continue to see competitive conditions through the  winter.”

First-time buyers were 32 percent of sales in October, which is up from 29 percent in September but down from 33 percent a year ago. NAR’s 2017 Profile of Home Buyers and Sellers – released last month4– revealed that the annual share of first-time buyers was 34  percent.

NAR President Elizabeth Mendenhall, a sixth-generation Realtor® from Columbia, Missouri and CEO of RE/MAX Boone Realty, says the pending tax reform legislation in both the House and Senate is a direct attack on homeowners and homeownership, with the result being a tax increase on millions of middle-class homeowners in both large and small communities throughout the  U.S.

“Making changes to the mortgage interest deduction, eliminating or capping the deduction for state and local taxes and modifying the rules on capital gains exemptions poses serious harm to millions of homeowners and future buyers,” said Mendenhall. “With first-time buyers struggling to reach the market, Congress should not be creating disincentives to buy and sell a home. Furthermore, adding $1.5 trillion to the national debt will raise future borrowing costs for our children and  grandchildren.”

Single-family home sales climbed 2.1 percent to a seasonally adjusted annual rate of 4.87 million in October from 4.77 million in September, but are still 1.0 percent under the 4.92 million pace a year ago. The median existing single-family home price was $248,300 in October, up 5.4 percent from October  2016.

Existing condominium and co-op sales increased 1.7 percent to a seasonally adjusted annual rate of 610,000 units in October (unchanged from a year ago). The median existing condo price was $236,800 in October, which is 6.9 percent above a year  ago.

In the Midwest, existing-home sales inched forward 0.8 percent to an annual rate of 1.31 million in October, but are still 1.5 percent below a year ago. The median price in the Midwest was $194,700, up 7.1 percent from a year  ago.

The National Association of Realtors®, “The Voice for Real Estate,” is America’s largest trade association, representing 1.3 million members involved in all aspects of the residential and commercial real estate  industries.

NOTE:  For local information, please contact the local association of Realtors® for data from local multiple listing services. Local MLS data is the most accurate source of sales and price information in specific areas, although there may be differences in reporting  methodology.

1Existing-home sales, which include single-family, townhomes, condominiums and co-ops, are based on transaction closings from Multiple Listing Services. Changes in sales trends outside of MLSs are not captured in the monthly series. NAR rebenchmarks home sales periodically using other sources to assess overall home sales trends, including sales not reported by  MLSs.
Existing-home sales, based on closings, differ from the U.S. Census Bureau’s series on new single-family home sales, which are based on contracts or the acceptance of a deposit. Because of these differences, it is not uncommon for each series to move in different directions in the same month. In addition, existing-home sales, which account for more than 90 percent of total home sales, are based on a much larger data sample – about 40 percent of multiple listing service data each month – and typically are not subject to large prior-month  revisions.
The annual rate for a particular month represents what the total number of actual sales for a year would be if the relative pace for that month were maintained for 12 consecutive months. Seasonally adjusted annual rates are used in reporting monthly data to factor out seasonal variations in resale activity. For example, home sales volume is normally higher in the summer than in the winter, primarily because of differences in the weather and family buying patterns. However, seasonal factors cannot compensate for abnormal weather  patterns.
Single-family data collection began monthly in 1968, while condo data collection began quarterly in 1981; the series were combined in 1999 when monthly collection of condo data began. Prior to this period, single-family homes accounted for more than nine out of 10 purchases. Historic comparisons for total home sales prior to 1999 are based on monthly single-family sales, combined with the corresponding quarterly sales rate for  condos.

2The median price is where half sold for more and half sold for less; medians are more typical of market conditions than average prices, which are skewed higher by a relatively small share of upper-end transactions. The only valid comparisons for median prices are with the same period a year earlier due to seasonality in buying patterns. Month-to-month comparisons do not compensate for seasonal changes, especially for the timing of family buying patterns. Changes in the composition of sales can distort median price data. Year-ago median and mean prices sometimes are revised in an automated process if additional data is  received.
The national median condo/co-op price often is higher than the median single-family home price because condos are concentrated in higher-cost housing markets. However, in a given area, single-family homes typically sell for more than condos as seen in NAR’s quarterly metro area price  reports.

4Survey results represent owner-occupants and differ from separately reported monthly findings from NAR’s Realtors®Confidence Index, which include all types of buyers. Investors are under-represented in the annual study because survey questionnaires are mailed to the addresses of the property purchased and generally are not returned by absentee owners. Results include both new and existing  homes.

5Distressed sales (foreclosures and short sales), days on market, first-time buyers, all-cash transactions and investors are from a monthly survey for the NAR’s Realtors® Confidence Index, posted at  nar.realtor.