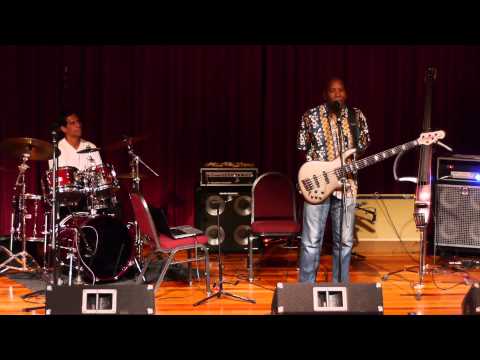 Nathan East, America’s preeminent bassist, is readying his eponymous solo debut and will be sharing music from the album on The Tonight Show Starring Jimmy Fallon and Tavis Smiley. The album features appearances by many of Nathan’s friends and past collaborators including Sara Bareilles, Eric Clapton, Michael McDonald, and Stevie Wonder.  The album epitomizes Nathan’s time as a go-to player in the funk, soul and jazz world. ‘Nathan East’ is available March 25 on Yamaha Entertainment Group.

“Daft Funk,” Nathan’s ode to the Grammy-winning album he helped record with Daft Punk, is the album’s first single and has reached #3 on the Billboard smooth jazz charts. The song features legendary session guitarist Ray Parker Jr., and uses a talk box to channel the French funk auteurs. Bass Musician Magazine called the song a “groove-heavy Daft Punk-meets-Michael Jackson ‘Off the Wall’ original.”

The album already has more than 4,500 pre-orders and release week will see Nathan performing several times on the late night circuit. Nathan sits in with The Roots on The Tonight Show Starring Jimmy Fallon (March 26), in addition to an interview and performance on Tavis Smiley (airing the week of March 24).

Advance reviews of the album have praised “an absolutely unparalleled performance of Van Morrison’s ‘Moondance'” (Music Connection), and Bass Player’s Chris Jisi concluded, “This album is packed with blinding brilliance!”