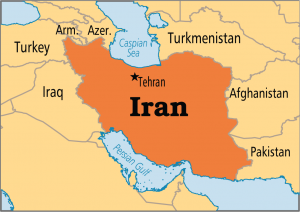 We applaud the dozens of members of Congress who this week rejected the White House’s false choice between the P5+1’s interim deal and war. Leaders in the Senate should now respond to this strong bipartisan sentiment and take up consideration of new sanctions legislation previously passed by the House.

This week, the Obama administration engaged in a coordinated pressure campaign that included the White House Press Secretary irresponsibly accusing Congress of a “march to war.” In response, a strong, bipartisan consensus has emerged, rejecting as false the choice of the Administration’s preferred deal on one hand and a “march to war” on the other. Provocative rhetoric is no substitute for thoughtful and honest consideration of the merits of an interim agreement with Iran.

Sanctions are used as a measure to avoid war. Existing sanctions are a response to Iran’s violation of international law and have effectively brought the regime to the table, yet Iran clearly does not seem ready to end its nuclear enrichment activities. We should therefore make use of the numerous measures at our disposal to squeeze the regime harder and force more concessions, rather than rush to make a bad deal that U.S. lawmakers and many of our best allies oppose.