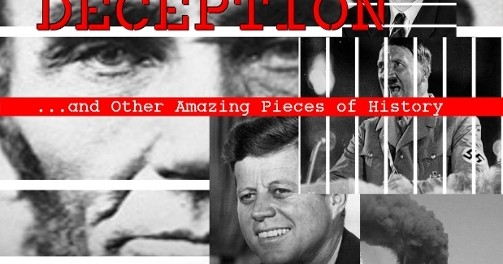 By Mike Rothmiller, Special for   USDR

The Top-Secret telephone transcripts of President Bill Clinton’s conversation with the Prime Minister of Pakistan reveals his immense fear of Usama bin Laden’s planned terror attacks on the United   States.

Brief excerpt from the  conversation:

Clinton, “I wanted to tell you I am very, very worried about it and the consequences if it  occurs.”

The Prime Minister, “I will send my people tomorrow to Afghanistan to meet with them (the Taliban) and tell them this will not be in their interest and it will serve no purpose, that it will invite retaliation and a world  reaction.”

After this conversation transpired, the USS Cole and the September 11, 2001 terror attack  occurred.

This stunning new book, Secrets, Lies and Deception—and other Amazing Pieces of History, presents an astonishing collection of Top-Secret documents the author uncovered while scouring various government archives and filing scores of FOIAs and Mandatory Declassification Reviews. These shocking secrets are virtually unknown to the masses and will trigger congressional  investigations.

For the first time, these two secrets will be disclosed: the plot to assassinate the Mexican President and the US Governments conspiracy to aid and abet an indicted cocaine  trafficker.

“Many reading the book will conclude President Clinton could have prevented the Sept. 11th terror attack and killed bin Laden,” commented Rothmiller.  “He didn’t.  Why?”

Mike Rothmiller has authored several books.  His non-fiction expose’ LA Secret Police was a New York Times Bestseller.  He served in the Army National Guard and spent 10 years with the LAPD.  He served as a detective in the Organized Crime Intelligence Division and was a representative to the United States Department of Justice Organized Crime Strike Force in Los  Angeles.

By invitation of the Secretary of the Air Force, he participated in a national security forum.  He has testified in scores of criminal and civil cases and provided testimony to the Los Angeles County Grand Jury during the re-investigation of the Robert F. Kennedy  assassination.

Meticulously researched and sourced, Secrets, Lies and Deception and Other Amazing Pieces of History reveals decades of appalling and murderous government behavior beginning with George Washington and concluding with President  Clinton.