President Obama will face many obstacles in the looming 2012 elections. A stagnant economy, unpopular healthcare reform, a soaring deficit and an overall failure to achieve most of the things he promised during his campaign. Yet there is something far more sinister currently under the microscope of a congressional investigation. Indeed, something which has the potential to do far more damage to his besieged administration. This is Operation Fast and Furious, the latest in a long series of humiliating ATF failures that has resulted in the deaths of two federal agents and at least 150 shootings in Mexico.

Operation Fast and Furious began in 2009, under the larger umbrella of Operation Gun Runner. The confidential project facilitated the sale of over 2,500 AK-47 assault rifles, .50 sniper rifles and .38 caliber pistols to notoriously violent Mexican cartels. The ultimate goal of the project was to trace these arms back to ‘higher-ups’ within the criminal networks. Unfortunately for the taxpayers who unknowingly funded this treasonous operation, the ATF did not seem to mind the obvious inevitability of these weapons being used to slaughter innocent American and Mexican bystanders. 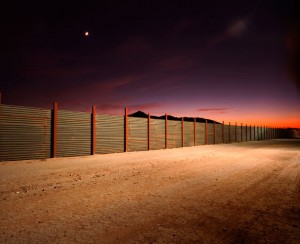 According to the initial Joint Staff Report, the details of the operation were both well-known and widely approved of at the highest levels of the Department of Justice. Furthermore, agents who refused to comply were threatened with termination. When several agents did blow the whistle on the shameful affair, they suffered swift retaliation from ATF leadership. Conversely, several leaders of the operation have since received promotions, prompting further outrage from members of congress and the family of slain Border Patrol Agent, Brian Terry.

The trouble for the Obama administration began when congress started its investigation into the matter. When ATF supervisor William Newell testified before the House Oversight and Government Reform Committee on July 26t, it was expected that Mr. Newell would be the agency’s patsy, accepting the brunt of the unpleasant inquisition. Rather than falling on the sword, however, Newell surprisingly confessed that both Attorney General Eric Holder and the White House were well aware of the operation. He also proffered the emails to prove it.

Newell’s testimony put the spotlight on the prior testimony of Attorney General Holder, given a month earlier. Appearing before the House Judiciary Committee, Holder claimed to have no knowledge of the operation. In fact, he disingenuously asserted that he’d only heard about it in “the last few weeks.” Unfortunately for Mr. Holder, his lie is further exposed by videos from press conferences in 2009 in which he openly boasted of the great “success” of the operation. Perjury before congress is a serious crime. As the investigation continues to reveal more scandalous details (and even evidence of a vast cover-up), the likelihood of criminal indictments become a real possibility. Such an event would likely be the coup de grâce for Obama’s already fragile shot at reelection.

For his part, the president claims to have no knowledge of the operation and stands behind his discredited Attorney General. We can rest assured, nevertheless, that this tall tale will change as the investigation further reveals his tacit approval of the operation.

Perhaps what many citizens find most disturbing is the way in which Obama and Holder used the escalating violence in Mexico to place further restrictions on the 2nd Amendment. Both men gave ominous public speeches, lamenting the thousands of violent deaths being inflicted upon the Mexican people and attributing much of it to American guns being funneled into Mexico. Naturally, they didn’t mention the fact that they were the ones funneling them there. They exploited the bloodshed which they were fueling to assert that further restrictions on the 2nd Amendment were necessary. Had the details of Fast and Furious never seen the light of day, we can assume that the dynamic duo would still be exploiting the chaos in an effort to impose harsher limitations on American’s right to bear arms.

As it stands now, the actual death toll left by these weapons is unclear. The Department of Justice has refused to fully cooperate with the investigation, according to Senator Charles Grassley (R-Iowa) and Representative Darrell Issa (R-CA). Firearms from the operation have been recovered at 11 crime scenes within the United States thus far. The number in Mexico is obviously much higher. The ATF admits that 1,400 of the weapons are still unaccounted for, ensuring that many more deaths will ensue. Unsurprisingly, Fast and Furious failed to result in a single narcotics arrest or conviction.

The question now is to what extent the President will be affected by his DOJ’s negligence. Conservative pundits such as Rush Limbaugh and Sean Hannity believe that a potential Watergate is in the making. Whatever the investigation reveals, it’s unlikely that the President himself will come under the same kind of fire that Nixon or Clinton did during their scandals. Nevertheless, even if congressional investigators are unable to punish the administration, it is likely that the voters will come November 2012.

Born and raised in central Texas, Christopher Lee has been an avid fan of history and politics for as long as he can remember. He graduated from Texas State University in 2008 with BAs in History and Anthropology. Afterwards he moved to Spain, where he spent a year in hospitality management and teaching English. He currently resides in Houston, pursuing an MA in History and working as a tutor of Spanish, History, Government, Economics and Reading. Chris is a libertarian by nature.