By US Daily Review Staff. Source: The HOW Report.

An unprecedented, global analysis of how companies really work finds that fewer than one in 30 companies are self-governing – but that these rare companies experience profound advantages in the marketplace.  It also found that CEOs worldwide have a significant disconnect from their employees about how their companies operate, nowhere more than in the United States. 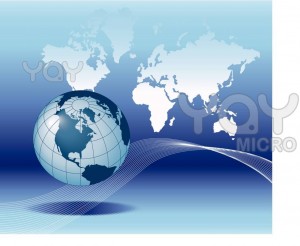 Released today, The HOW Report looks at how governance, culture and leadership influence behavior and impact performance.  The findings are derived from a rigorous statistical analysis of observations from over 36,000 employees at all levels in 18 countries.  The report was developed by LRN and independently conducted by the Boston Research Group, in collaboration with Research Data Technology and The Center for Effective Organizations at the University of Southern California.  LRN works with companies and their people to strengthen their corporate character and inspire principled performance.

The study identifies three business ‘archetypes’ describing how companies operate:  Blind Obedience, Informed Acquiescence and Self-Governance*.  The study found that while only 3% of companies are Self-Governing, 43% fall into the Blind Obedience and 54% into the Informed Acquiescence archetypes.  Those that are self-governing perform the highest on every one of the 14 performance outcomes in the study – including higher employee loyalty, customer satisfaction and lower misconduct.  Self-governing organizations are also more resilient and observed by their employees to beat the competition, usually by huge margins, on innovation and financial performance.

“We manage what we measure, and as the world becomes more interdependent, it’s critically important to have metrics for howcompanies really operate—how their people behave and make decisions,” said LRN CEO Dov Seidman.  “Our goal was to create hard, testable, repeatable metrics, and we’ve derived a valuable insight: companies that meet the standard of Self-Governance have profound advantages in the marketplace.  They have the highest levels of innovation, employee loyalty, and customer satisfaction and the lowest levels of misconduct.”

Among the report’s top findings:

“These findings have significant implications for CEOs and other business leaders,” said Seidman.  “Companies that take their corporate character seriously are the ones who will thrive in the 21st century and be around in the 22nd century.  It is our hope that the HOW Report will create a better understanding of how governance, culture and leadership combine to impact an organization’s success and significance.”

In our hyper-connected and interdependent world, LRN believes that the source of advantage has shifted to HOW – how we behave, lead, govern and relate to others. Since 1994, LRN has helped 20 million people at 700 companies meet complex legal and regulatory requirements and inspire principled performance in their operations.  LRN provides strategic guidance, practical methods and a knowledge platform for inspiring your workforce.