In honor of America’s Independence Day, the expert editors from Kelley Blue Book’s KBB.com name 10 Cars that Reignite the American Dream (http://www.kbb.com/car-reviews-and-news/top-10/top-10-cars-that-reignite-the-american-dream/) to honor a resurgence of new vehicles from Detroit-based manufacturers.  The iconic Chevrolet Corvette ranked No. 1 on the list, captivating drivers for nearly 60 years. 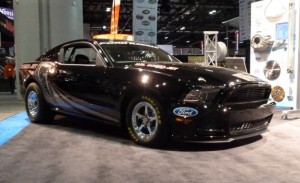 It was not long ago that a pair of U.S. car companies was in bankruptcy and a third seemed to be hanging on by a thread.  However, recently the editors of Kelley Blue Book’s KBB.com have seen a definite revival in vehicles from American-based manufacturers, including new products that offer unique technology plus tried-and-true models that deliver exceptional value.

“While Detroit has certainly had its ups and downs in recent years, we would argue that the Motor City is on its way back to the top with exciting and innovative products coming off the line for new-car buyers,” said Jack R. Nerad, executive editorial director and executive market analyst for Kelley Blue Book’s KBB.com.  “With Independence Day around the corner, KBB.com honors prime examples of domestic vehicles that call the land of the free their home.”

Below is a sample selection of KBB.com’s list of 10 Cars that Reignite the American Dream:

Chevrolet Corvette
For nearly 60 years the Corvette has captivated drivers across America and far beyond, rising in status from an innovative convertible with then-fancy features like fuel injection and power windows to the supercar that is today’s ZR1.  As American as Jon Stewart interviewing Springsteen for Rolling Stone, the Corvette is our homegrown exotic-fighter that is as competent pacing the Indy 500 as it is comfortably cruising down the main drag in Anytown, USA.

Ford Mustang
The Ford Mustang is so American, it’s a cliche rivaling apple pie.  Cliche or not we love the Stang.  It’s a car with more attitude than sense, exhibited by the ultimate availability of a 550-horsepower V8 whose prodigious power is directed to the rear wheels via an impossibly dated live axle.  Thankfully, the Mustang’s “classic” elements are contrasted by modern touches including an impressively efficient V6 and the latest generation of infotainment technology, ensuring this quintessential American pony car will stay relevant for years to come.

Jeep Wrangler
With lineage tracing back to the battlefields of World War II, the Jeep Wrangler has become the 4-wheeled personification of American Exceptionalism.  When we think of freedom, images of treading through waist-high water, crawling mammoth-sized rock formations, and climbing 45-degree grades frequently come to mind.  To the casual observer, the Wrangler’s go-anywhere, do-anything philosophy might seem like idle boasting, but to Jeep owners, it’s a way of life.

Chevrolet Volt
The car-buying public has been slow to embrace the Chevy Volt, but the fundamental concept behind GM’s quasi-electric car is sound.  For journeys around 30 miles or less (longer than the average American’s daily commute) the Volt uses zero gasoline, while a gasoline generator kicks in for longer trips, powering the Volt much like a locomotive.  The Chevy Volt is an electric car without typical electric-car limits, and it’s as clear a sign as any that American innovation is alive and well.

For the remaining five vehicles on the list, including full editorial commentary for each of the editors’ picks and the rank order, please visit http://www.kbb.com/car-reviews-and-news/top-10/top-10-cars-that-reignite-the-american-dream/.