Generation Opportunity’s (GO) grassroots field team – which has been active in states around the nation – engaged young voters at BA5 “Business After 5” After Hours Social, organized by the Scarborough Chamber of Commerce, as well as Old Orchard Beach’s “Beerfest on the Pier” last weekend. More than 4,000 people attended the annual Old Orchard event, where GO field organizers met with and listened to the concerns of hundreds of young people. Young Mainers cited continued economic stagnation and the lackluster job market as their top concerns. 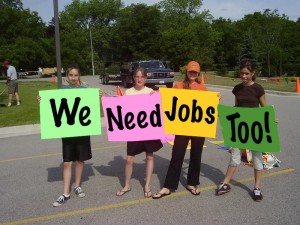 “Having grown up in Maine, I can tell you there is palpable frustration with the lack of economic opportunity in the state, and rightly so,” said Paul T. Conway, President of Generation Opportunity, former Chief of Staff to the US Department of Labor, and a native Belfast, Maine. “Maine’s young voters are fiercely independent and tired of suffering the results of failed national policies dictated by elected leaders in Washington who lecture on fairness. Young people are very savvy and know they are being forced to delay their dreams as a direct result of President Obama’s policies. I think what you are seeing is more and more young Americans asking, ‘What is fair about that?'”

Generation Opportunity’s field teams have been organizing in states across the country, including, California, New Hampshire,North Carolina, Nevada, Michigan, and Virginia, but this was the group’s first effort in the Pine Tree State.

Young Americans ages 18-29 – including those in Maine – continue to face historic challenges as a result of the weak economy and persistently high unemployment that has disproportionately affected young people. A new study released this week by Rutgers University reported that only half (51%) of college graduates since 2006 have found full-time employment.